“Yosemite captures people’s imagination in good and in difficult times,” said Yosemite Conservancy President Frank Dean. “We’ve kept moving forward with our projects to restore trails and habitat, protect wildlife, and inspire young people to take care of the natural world, thanks to the generosity of our donors and our productive partnership with the National Park Service.”

Over the years, more than 700 Conservancy-funded projects have helped preserve natural and cultural resources and provide education, inspiration and incredible memories for millions of visitors. 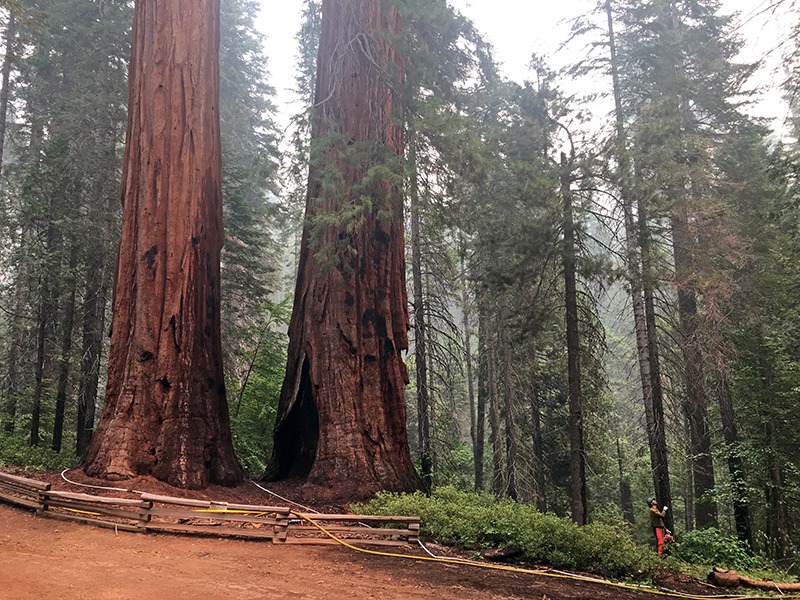 Researchers are studying why giant sequoias, like these in Yosemite’s Merced Grove, are perishing in the Sierra. Credit: Courtesy of NPS

In 2021, Yosemite Conservancy is funding 44 grants to support important projects and programs. Two grant-funded research projects focus on investigating why giant sequoias and sugar pines are dying at unprecedented rates across the Sierra Nevada. Restoration projects are slated for Ackerson Meadow and Lower Cathedral Meadow. In collaboration with the NPS, park–affiliated tribes will draw on traditional stewardship techniques to take care of California black oaks in Yosemite Valley, including by tending existing trees and planting seedlings. 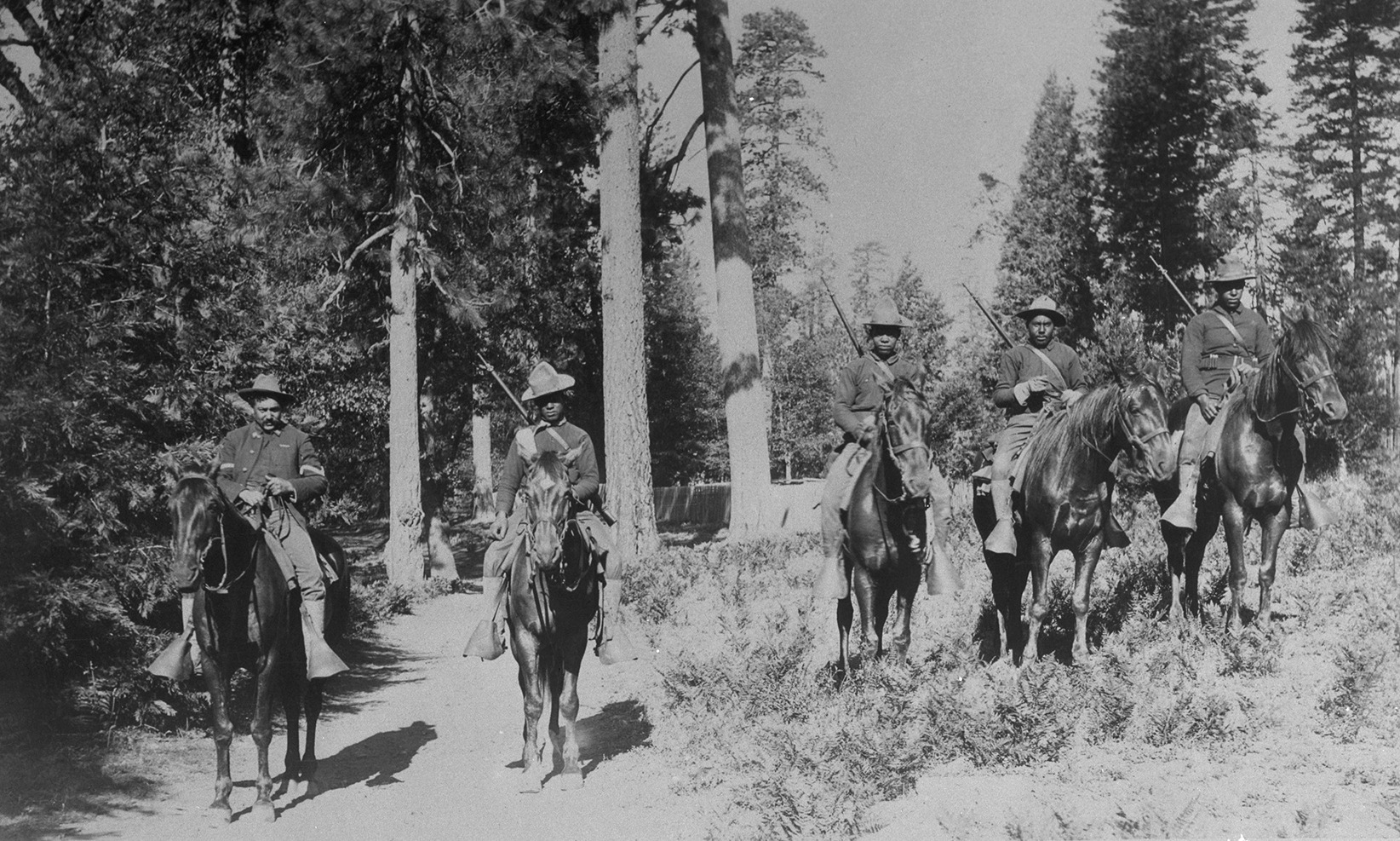 Buffalo Soldiers from the 24th Infantry, pictured in Yosemite in 1899, are a part of the park’s rich history being documented with support by Yosemite Conservancy. Credit: Courtesy of NPS

One of several projects focused on the park’s cultural history involves researching and sharing untold stories of African Americans who helped shape Yosemite dating back to the 1800s, while another celebrates the legacy of early 20th-century Japanese American artist Chiura Obata through an event and video. 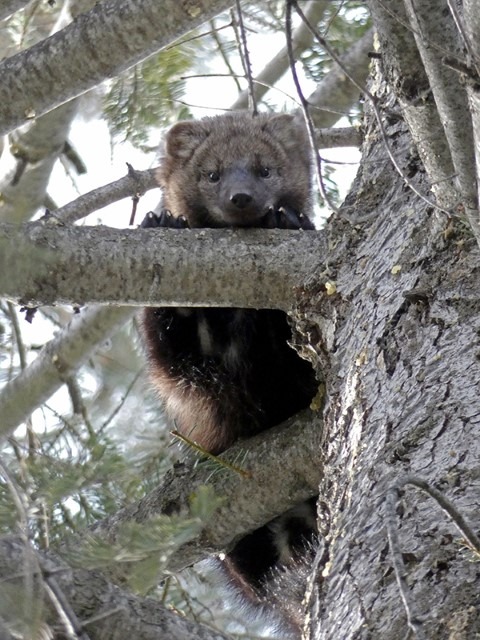 With support from a Yosemite Conservancy grant, researchers will use remote cameras, GPS collars and other tools to study how endangered Pacific fishers are coping with habitat loss due to wildfires. A Pacific fisher, shown in a conifer tree, is  a small mammal from the weasel family, bigger then a pine marten and smaller then a wolverine.

Through a variety of wildlife–focused projects, biologists are studying and protecting an array of species, such as Yosemite toads, Sierra Nevada bighorn sheep, Sierra Nevada red foxes, peregrine falcons and an endangered population of Pacific fishers.

Dean said the Conservancy and the park continue to focus on “bringing educational programs to classrooms and living rooms to expand how people experience Yosemite, and to inspire stewardship and love of the park.”

Numerous 2021 Conservancy grants are dedicated to supporting Yosemite–based educational outreach, both in person and online. New “Virtual Learning Labs” where rangers and educators can use 360-degree videos and other technologies to provide interactive online learning experiences. Some Conservancy-supported youth programs, including WildLink and the Yosemite Leadership Program, have adjusted by engaging students in online activities, in addition to or instead of their usual in-person programming.

Other Conservancy-funded educational activities planned for 2021 include the popular “Ask a Climber” program, which connects visitors to the park’s history of climbing, and the annual Parsons Memorial Lodge Summer Series, which features presentations by writers, researchers, artists and adventurers. Both programs shifted to virtual outreach in 2020, and hope to return to in–person activities in 2021 if public health conditions allow, while continuing to embrace the wide reach afforded by online education.

The Conservancy also supports the park through a variety of visitor programs and retail operations, including by offering naturalist-led adventures, outdoor art classes, and volunteer programs; operating physical bookstores in the park and a webstore; and managing the online wilderness permit process. The

Conservancy’s four webcams, which show El Capitan, Half Dome, the High Sierra and Yosemite Falls, help people connect with the park from afar.

Thanks to generous donors, the Conservancy has provided over $140 million in grants to the park to restore trails and habitat, protect wildlife, provide educational programs, and more. The Conservancy’s guided adventures, art classes, volunteer opportunities, wilderness services and bookstores help visitors of all ages to connect with Yosemite. Learn more: yosemite.org or 415-434-1782.