At 9:30 pm Wednesday, Mammoth Police were called out to a disturbance at the Clocktower Cellar. Officers said that when they arrived, staff was escorting 27 year old Mammoth resident Amber Rodriguez out of the bar for reported intoxication and disorderly conduct. 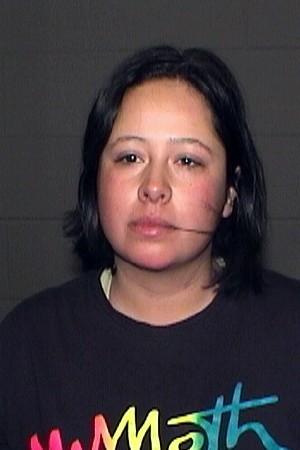 Officers said that Rodriguez was extremely intoxicated and was arrested after she became combative. Once in the back of the police car,Rodriguez tried to kick out the window of the vehicle, according to police who said they opened the back door of the car so that Rodriguez would not hurt herself or the car, but the suspect started to kick the officers as well.

While being carried to the transport, Rodriguez reportedly bit Sgt. Mark Moscowitz on the right forearm and refused to let go for several seconds. Through uniform and jacket, officers said that Sgt. Moscowitz suffered a potentially serious bite wound.

A breath test ten hours after being arrested showed that Rodriguez had a blood alcohol content of .095% still over the legal limit of .08%, officers reported.

Rodriguez was charged with public intoxication and battery on a police officer.

We work to provide daily news to all of the Eastern Sierra, in the tradition of Eastern Sierra News Service and the Sierra Wave. We bring you daily happenings, local politics, crime, government dealings and fun stuff. Please contact us.
View all posts by News Staff →
Double Budget Trouble For Mammoth Lakes Housing
Ice Rink Set To Re-Open