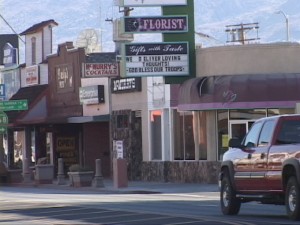 The latest numbers from the State show that for the month of June, California as a whole averaged a jobless rate of 11.6%, well above the national unemployment rate of 9.7%.

For the month of June the state lists unemployment in Inyo County at 9.5%. This is down from 9.7% in May, but higher than the 6.3% unemployment of June 2008. The State Employment Development Department lists 860 people looking for work in Inyo County.

29th out of 58 California Counties, Mono is running in the middle of the pack when it comes to unemployment, while Inyo has the seventh lowest in the State. The lowest rate in the state is Marin County with 8%, while Imperial County, Salton Sea country, checks in at the bottom with 27.5%

We work to provide daily news to all of the Eastern Sierra, in the tradition of Eastern Sierra News Service and the Sierra Wave. We bring you daily happenings, local politics, crime, government dealings and fun stuff. Please contact us.
View all posts by News Staff →
Forks Fire Calms Down; Highway, Campgrounds and Homes Re-open
Mammoth Hospital CFO Calls It Quits