Once again, the Inyo Supervisors will re-up their deals with attorney Greg James. He’s kind of an addiction that Inyo 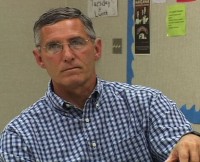 officials can’t seem to shake. James negotiated the Long-Term Water Agreement and sold it to the Supervisors. As things started to fall apart under that Agreement, officials clung to him for help. They never did figure out that it might’ve been a bad agreement to begin with. They made him the Water Director, let him guide a rudderless water policy, and did not urge him to go to court to protect Inyo against DWP. Ah, well. So it goes. Today, the Inyo Supervisors were faced with more agreements with James for legal services – Yucca Mt. issues, Water issues – more than a couple hundred thousand dollars. Plus, he’s on retirement. Such a deal down through the years.

We do get what we vote for. Is it a “throw the bums out” year? Maybe, but for sure, it’s a “know the candidates in depth before you vote” year. It pays to follow-up on what they do. Seems our federal legislators have, for years, voted

subsidies and research money for big oil companies. No, we are not kidding. It also pays to read national newspapers. The LA Times reported a story that revealed our government’s habit of hand over fist money to Big Oil. The article says that Congress and the Senate have repeatedly doled out tax breaks, subsidies and royalty waivers that have saved billions for oil companies. Many of the millions went to research offshore oil drilling. Two words for that one – Stop it!!!!

Hey, here’s what looks like a good thing from the government. Hamp.org gives you a phone number to call to find out if you qualify for reduced interest rates and payment schedules for your mortgage. Your mortgage payment should only equal 31% of your monthly income. If it’s more than that, go to hamp.org. Or call 1-800-203-4139.

The internet really does some good things, like link us with real information we need to know. Other internet-related affairs seem strange. One of our own in the Bureaucrat Beat newsroom pointed to how politicians like to use the phrase “it will make it easier for kids to do it” when they want to defeat something. Trouble is, seems many of them don’t really understand the internet. So, when the issue of legalizing internet gambling came up, some lawmakers said, hey, no way, kids will place bets on line.” Trouble is, kids can find their way into gambling sites now. If on-line gambling were legal, the kids might have a harder time. Anyway, we’re not advocating legalized gambling, only honesty and intelligence on the part of legislators who need to understand the internet and real situations. It was somewhat scarey when Supreme Court Justice Roberts wanted to know the difference between a pager and email. Yikes.

Meanwhile, another phoney baloney internet letter from a Texas address, with a check for nearly $4,000. A Lone Pine woman received the notification of her big prize winning, oh, but, first she had to send almost $3,000 to the Texas folks to pay the taxes on her big award. THEN they would send her the prize. Oh, please, do you really think we believe that? Sadly, some might. Then the scammers in San Antonio would have their $3,000 and all their bank information. If you get a deal you don’t think you can refuse, refuse.

Last Friday we talked a lot about culture – the Culture of Corruption, good artistic culture. We’ve had phone calls that tell us the Mono Sheriff’s Office functions in a “Culture of Do Nothing”. Probably just election blather. We hope so.

We work to provide daily news to all of the Eastern Sierra, in the tradition of Eastern Sierra News Service and the Sierra Wave. We bring you daily happenings, local politics, crime, government dealings and fun stuff. Please contact us.
View all posts by News Staff →
Bureaucrat Beat: Greg James, Oil Welfare, and Internet
Decison on Digital 395 Possible This Summer