By MC Hubbard on October 18, 2021 in Entertainment, General Misc. Stories 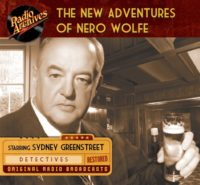 Ribbon which was first aired on March 30, 1951.  Nero Wolfe, also known as the galloping gourmet, was an armchair detective. He rarely left the house; instead his assistant, Archie Goodwin, would collect the facts and report back. Nero Wolfe would probably not have taken on many cases had he not needed the clients’ money to pay for his two true passions: fine food and the collecting of orchids. Archie Goodwin, Wolfe’s male secretary, prodded him into taking cases whenever the bank balance got a little low. Wolfe, as a character, is difficult to like. He’s a self-assured type that does nothing unless he wants to, making his assistant, Archie Goodwin, deal with the outside world.

M.C. joined Sierra Wave Media in 2018 as the Traffic and Billing Manager and in January of 2021 was made General Manager of the station. After 35+ years, M..C. retired in 2006 as a Vice President of Union Bank and last served as V/P Manager of the local Bishop Office. She has been in the Eastern Sierra since 1985 and with her husband, Ron, makes her home in Big Pine. M.C. enjoys keeping busy and manages to do so with her family which consists of her daughter, two grandsons and four great grandchildren all of who live in Bishop. Currently she is a member of the Rotary Club of Bishop Sunrise and serves as a trustee on the Slager Sunset Foundation.
View all posts by MC Hubbard →
Obituary For Donald William Fredell
Obituary For Layla Mae Bradley, Dragon Firefighter Who Passed Away At The Rock Creek Fire Station