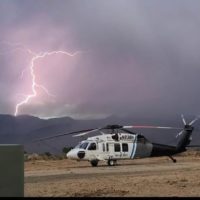 It is no secret that there is an extended, severe drought in California. Thunderstorms have already started several wildfires started by lightning strikes and more are expected over the next several months. Given the seriousness of the situation, coupled with the fact that most wildfires are caused by human activity, there is a prohibition on campfires whether in developed or non-developed campsites on many forest lands.

In a press release, effective June 30, USDA Sequoia National Forest fire officials announced that they will raise campfire restrictions due to extreme fire danger. The increased restrictions prohibit the use of Campfires in the Forest, including developed and non-developed campsites. Current and forecasted weather, coupled with arid conditions, have created substantial, hazardous fire potential. These conditions are anticipated to continue into the foreseeable future as drought conditions persist.

June 30 through November 30, 2021, the following restrictions are in effect.

Visitors with a valid California Campfire Permit may use a portable stove or lantern that uses gas, kerosene, jellied petroleum, or pressurized liquid fuel, with a shut-off valve, in an area at least three feet from any flammable materials. Free campfire permits are available at www.readyforwildfire.org/prevent-wildfire/campfire-safety/.

Fire restriction violation is punishable by a fine of no more than $5,000 for an individual or $10,000 for an organization or incarceration for not more than six months, or both.

Know Before You Go! Check current conditions by visiting the Sequoia National Forest website at www.fs.usda.gov/sequoia, emailing [email protected], or calling your district’s visitor center at:

Fake news. This applies to another forest not the Inyo. Correct me if I’m wrong

The article states “there is a prohibition on campfires whether in developed or non-developed campsites on “many forest lands”. Also, further states under Updates: “Inyo National Forest is in Stage 2: Very High Risk, which is still allowing campfires only in fire pits provided in developed campgrounds. Sequoia-Kings Canyon National… Read more »

Thanks, Fred. We hope you are enjoying retirement from the Mono Board of Supervisors but appreciate that you remain involved in public discourse. While “one-size-fits-all” policies can often prove overly-restrictive—even harmful—in some instances, that may not be true of wildfire restrictions at this time in the Eastern Sierra. This is… Read more »

So lets ban alcohol too.

I love celebrating Independence Day with fireworks as much as anyone, but aren’t we sending conflicting messages when we have firework stands selling fireworks but tell visitors they can’t have a campfire?

Especially when fireworks and alcohol are mixed together to produce poor judgement.