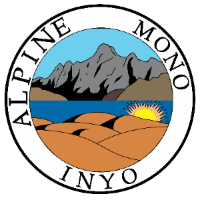 The LADWP’s historic diversion of the Owens River causes the dried lake bed to become emissive, releasing tons of dangerous particulate air pollution. The pollution can lodge deep in the lungs and creates health risks and respiratory diseases, especially to children and the elderly.

In 2014, LADWP lost its lawsuit against the Great Basin Unified Air Pollution Control District
(Great Basin) and the California Air Resources Board, resulting in a stipulated judgment against it. LADWP was compelled to implement air pollution controls.  But in July 2021, LADWP refused a tribal-led project developed in cooperation with the Great Basin to place low-impact measures on a portion of the lakebed that contained cultural resources. LADWP
argued the project did not have unanimous consent of all the tribes. When Great Basin ordered
LADWP to control the pollution, LADWP filed its unsuccessful motion against Great Basin in the Sacramento Court. The Court ruled the stipulated judgment does not allow LADWP to avoid implementing these control measures.

The Great Basin’s Air Pollution Control Officer, Phill Kiddoo, said “Our community, including our tribal communities, our parents and our children, have a right to clean, healthy air. We can also protect our cultural resources, consistent with the tribal recommendations presented to the Patsiata Cultural Resource Task Force consisting of all interested stakeholders. The LADWP made this into a false choice between protecting the environment or protecting cultural resources, when we can do both.”

Mr. Kiddoo added, “This project will protect the residents and visitors to the Owens Valley by
reducing windblown dust emissions from Owens Lake while also preserving sensitive cultural resources. After three years of collaboration with stakeholders, including LADWP, the solution-
based approach to develop and implement a new and unique tribally-led dust mitigation project will finally commence to enhance existing vegetation and reduce air pollution for public health protection.”

As much as the Owens Valley non-LADWP residents complain, they sure have enjoyed LADWP being their personnel cash cow over the decades. If their not trying to sue them for one thing, it’s another. Win or lose in court, they’ll always try to figure out a new way to get… Read more »

You know there was no money awarded in this lawsuit, right?

But whatever, don’t let reality get in the way of your pet theory.