With the Mono Supervisors lined up against him, Mono Assessor Jim Lovett has found himself the subject of a citizen's recall. Lovett is in charge of calculating the tax value of property in Mono county. officials have expressed concern over the potential for lost tax revenue to fund public services. 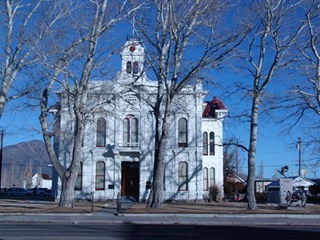 Others have been more blunt. Mono Supervisor Bill Reid has said that Lovett has an alcohol problem that has lead to serious behavioral and work ethic problems.

Supervisor Reid said that rather than have the supervisors start the recall effort, he thought it would be more appropriate for the citizens to start a recall effort.

We have placed numerous calls to the Assessor, but he has not returned them.
Elections Manager Christi Robles said that the recall effort requires 1,630 signatures which represents 25% of registered voters.

We work to provide daily news to all of the Eastern Sierra, in the tradition of Eastern Sierra News Service and the Sierra Wave. We bring you daily happenings, local politics, crime, government dealings and fun stuff. Please contact us.
View all posts by News Staff →
Rental Troubles at Bishop Workforce Housing
MLPD Pushes Drivers to Slow Down