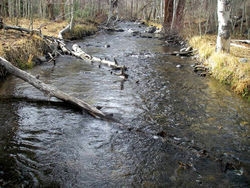 A recent edition of the Los Angeles Times reported that the Los Angeles Department of Water and Power was “weighing a compromise” in its legal attack on Mammoth’s rights to Mammoth Creek water. The Times reported some terms of a settlement and put the word “truce” in their headline. It all seemed just about over.  However, the deadline for settlement is Thursday and still no deal.

Acting General Manager of Mammoth Community Water District, John Pederson, said there is not a final settlement document. He also said that attorneys from both sides would take part in a conference call Thursday with Judge James Garbolino who was assigned to the case in Mono County Court.

Asked if the issues were resolved or not, Manager Pederson said he could not say. He did say that the conference call would determine if the tolling agreement, which put the case on hold during settlement talks, would be continued or if litigation would start. Pederson said that if both sides are “far enough along” in settlement, the Judge might continue the delay.

The LA Times story said that LADWP was attempting to end hostilities and that settlement of major water issues was unfolding for the Mono Basin, Mammoth Lakes and 40 acres. The story said DWP was “weighing a compromise: In return for less than $5 million, Los Angeles would drop its lawsuit and both sides would agree to never challenge each other’s water rights.”

The story also said that DWP would use the money from the Water District for “water-saving improvements designed to increase the flow of water in the aqueduct.” The Times reported that the Water District has already spent about $600,000 in legal expenses defending its own water licenses and permits granted by the State some sixty years ago. The Times said the adversaries were scheduled to “present the proposed settlement to a judge February 14th.”

There is no settlement to present to the judge Thursday. Officials would not say if problems have developed in resolution of this legal fight. Both sides signed a confidentiality agreement while settlement talks take place.