The 6,000-square foot orthopedic/physical therapy clinic slated to open in late spring on South Main Street in Bishop is a bone of contention between area hospitals. 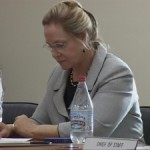 The clinic is an expansion and relocation of Mammoth Hospital’s existing PT facility and, according to Northern Inyo Hospital Chief Administrative Officer Victoria Alexander-Lane, represents a duplication of services already available in Bishop and “an unnecessary tax burden on” the local hospital district. In late February, Lane sent a letter to the Inyo County Board of Supervisors requesting “support regarding NIH’s efforts to work towards better alignment of healthcare services.” The Board has yet to respond formally.

The next round went to Mammoth Hospital’s Chief Executive Officer Gary Myers responding to Lane’s allegations of lack of accountability on the part of Mammoth for follow-up care. Myers’ letter states Lane’s comments border on slander. 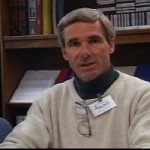 At its March 17 meeting, Inyo Supervisors suggested the Local Agency Formation Commission could deal with the issue. While Josh Hart, county planning director and Inyo’s LAFCO staffer, said the commission would “look into it,” the Mono County LAFCO seemed less inclined. LAFCOs generally deal with changes in boundaries and services of utility districts.

For NIH board member Pete Watercott, it’s an issue of trust. “Personally, I feel like we were led down a path. It sucks the trust out of the relationship,” he said in a recent interview.

The issue of the Mammoth-sponsored clinic creating an increase on area taxpayers was explained by Lane. “If people come here (for orthopedic care), we will be less dependent on taxpayers. Everything they need is here. Our surgical cases are covered; we (also) have digital x-ray equipment.”

As work proceeds on the Bishop clinic, the dispute appears to be at a standstill.

According to both Watercott and Myers, the orthopedic relationship between the two hospitals goes back to the early 2000s. NIH, between orthopedic physicians, initiated an agreement with Mammoth. According to Myers’ letter, the Southern Mono Hospital District leased office space and staffed ortho services in the Pioneer Medical Building in 2003. Dr. Mark Robinson, newly-named chief of staff at NIH, was the physician and credentialed at both Mammoth and Inyo hospitals. In 2011, Mammoth opened an outpatient physical therapy facility in Bishop to service Inyo County patients. According to Myers, NIH “chose not to address the shortage” following the closure of a private physical therapy practice in Bishop.

According to Lane, Robinson “felt he was being pressured to do surgeries in Mammoth. He felt that was undermining the agreement.” By January 2013, the orthopedic practice sponsorship shifted to and Robinson was hired by NIH.

By May 2014, Lane, Watercott and Myers were attending an Association of California Hospital Districts conference in Pasadena. According to Watercott, Myers told him Mammoth Hospital had made the decision to close their clinics in Bishop, but that the orthopedic group may want to continue on their own. Myers recollection of the exchange differs. In an e-mail, Myers states Watercott asked him if the hospital intended to open a surgery center in Bishop. The clinic on Main Street will not be doing out-patient surgeries.

“The two doctors involved in the Bishop clinic don’t want to be on staff (at NIH),” Alexander-Lane said. “They could be credentialed at both hospitals and do surgeries at both. If they did, there wouldn’t be an issue.

“We (NIH) have no clinics in Mammoth. They are the predators.”

In addition to where Bishop clinic patients undergo surgery, Alexander-Lane has issue with practices that could “result in our physicians having to provide emergent follow-up care for the infections and other negative outcomes which present in our emergency room.” The practices she described in a recent interview include knee replacements on an out-patient basis and the use of steroids to fight infection but “mask issues” that show up later.

Myers response by e-mail states that knee replacement patients at MH have “an average length of stay of one day.” He went on to add that he was unqualified to comment on the post-operative management “as it is outside my scope of practice (board certified physical therapist)…. Dr. (William) Karch stays fully up-to-date with the orthopedic literature and follows evidence-based protocols in the management of his patients.”

A review of studies of steroid use for knee replacement surgery published in SciMed Central, Annals of Orthopedics and Rheumatology shows four cases of infections in 791 patients. According to the article, steroids are used to reduce pain and inflammation, getting the patient into rehabilitation more quickly.

Despite the not-too-subtle war of words between the two CAOs, both maintain they are both open to future collaboration.

Two equally great hospitals to choose from. I live and see doctors in Bishop. I see doctors from Mammoth Orthopedic office in Bishop. By My Choice!! I saw a ortho doc in Bishop and wasn’t pleased so I went to a Mammoth doc which I was very pleased! When I… Read more »

Personally I think the comments here are a little bit dramatic and resemble a lynch mob based on old beliefs. Unfortunately the reason we all love this area tends to be the reason we live in a bubble. To me this is simple economics and is the norm in the… Read more »

Another attack from this CEO. So far I have read nothing positive out of her mouth. Your employees are at an all time morale low, the media coverage is terrible. Look the history of orthopedics in Bishop from Mammoth is clear. When there was no longer an orthopedist here, Dr.… Read more »

The CEO of NIH has to understand that I as a patient trust my Doctor and NIH staff with my health care and the possible lifesaving skills and care . Yes I want NIH to be there with it’s facility open, available and safe and a workplace that offers it’s… Read more »

Just to add for clarity. In the Navy the XO takes direction for both possible and impossible tasks from the Captain . The XO runs the ship at the Captain’s direction and do not forget about the Chief Petty Officers who put the pedal to the metal . A happy… Read more »

Sounds like some NIH employees have commented negatively about their employer, can’t blame the NIH CEO for supporting NIH. Sad the employees don’t. I talked to a nurse who told me she does not support NIH. It makes me sad that we spent all that money to have a top… Read more »

I just want to say that there is a new orthopedic surgeon in Bishop that I had a very successful surgery at NIH last month. His name is DR. Meredick.

Don’t understand all the bad-mouthing NIH…..With my own experiences, they have been very good,from the desk-staff and onto the nurses and doctors….all very good.

I wonder how many of those great doctors, nurses, and clerks have left NIH because of upper management?

You’re right NIH has outstanding staff that provide excellent care. This is not a staff issue this is an administration and board issue. Once again instead of finding ways to address the issue they choose the blame game. If they are willing to publicly attack another hospital that provided a… Read more »

Anyone want to give their opinion about Ms. Alexander-Lane’s performance? Go to the special board meeting tomorrow! http://www.nih.org/docs/4-7-2015_special_meeting.pdf It’s at 11AM you say? The agenda was only published today, you say? How in the world will you be able to get off work to attend? You won’t, just as the… Read more »

I checked it out, it is only closed session. It is not like the Board has not heard what the complaints are. Do you have to have your evaluation in public? I think not. Have you ever asked to talk with the CEO? I think not. Why don’t you ask… Read more »

Come on, people. This is NOT a popularity contest! So MH filled a void, and more than adequately (personal experience). NIH should pick another medical field to highlight, focus on developing that, and using positive marketing (if necessary). Let it go, NIH. PT goes to MH. How about pulmonary medicine?… Read more »

How about NIH butts out of name calling and lets the free market and patients decide based where they wish to go for their medical care?

Calling Mammoth Hospital a preditor because they offer a superior product speaks volumes about NIH management.

What is going on with Northern Inyo Hospital? It invites doctors from Mammoth to come down to Bishop in order to fill a void and now it complains and calls Mammoth Hospital “predators”. Then the NIH CEO questions the medical care provided by those same doctors, accusing them of malpractice.… Read more »

It is clear the NIH has a bit of an image problem and this certainly is not the way to fix it. It seems to me that Mammoth hospital has learned to market their doctors and has developed a strong program where NIH failed. Additionally I haven’t seen any true… Read more »

Easy fix here and a win win. How about we join the two hospitals, one CEO, one staff. That way we can eliminate overhead, streamline staff, and it’s savings for the taxpayer. We need to be thinking regionally about services. We are already doing that in some cases such as… Read more »

I am interested to know who you and other readers think should be the CEO of this combined hospital. And would there be two Boards of Directors?