On the evening of Monday, July 29, 2013, at approximately 8:30pm, Mono County Sheriff’s Deputies conducted a traffic stop on a vehicle headed southbound on Hwy 395 near McGee Creek. 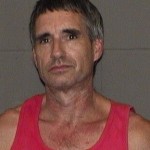 Upon a vehicle search, four (4) grams of methamphetamine, three (3) methamphetamine pipes, and narcotic paraphernalia was located inside a black backpack in the vehicle. Mr. Pottenger was arrested and taken to the Mono County Jail in Bridgeport without incident. Charges for this incident are pending with the Mono County District Attorney’s Office.

On Monday morning, July 29, 2013, the Mono County Sheriff Search & Rescue (SAR) Team was called out for a hiker experiencing chest pains near Summit Lake, about 4 miles from the Virginia Lakes trailhead.

The SAR team, along with personnel from Yosemite Search and Rescue, hiked into the area with emergency medical equipment. In addition, the Yosemite National Park helicopter was requested for a medical extraction. The team and helicopter reached the backpacker, evaluated his medical condition, and then flew him to the Mammoth Lakes airport where he was taken by paramedics to Mammoth Hospital for treatment.

We work to provide daily news to all of the Eastern Sierra, in the tradition of Eastern Sierra News Service and the Sierra Wave. We bring you daily happenings, local politics, crime, government dealings and fun stuff. Please contact us.
View all posts by News Staff →
MLPD: Man missing; another found
Thank You from Disabled Sports Eastern Sierra
32 Comments
Newest
Oldest Most Voted
Inline Feedbacks
View all comments

look back at your history lessons,nazi germany was viewed as one of the top nations of its time,dominating the olympics and growth,the holocaust was their big downfall,dislike or dislike

Ferd .. the holocaust didn’t bring them down .. they just got wore down by the allies finally. The holocaust was a terrible sickness manifested in the minds of insane individuals and allowed to happen with a blind eye form people who knew better.

Good point Todd. Every time you read about anything drug related its Mono County or Bishop Police. Doesn’t Inyo County have a drug team? What do they do since they don’t get drugs? Maybe Mono County and Bishop Police should team up.

I bet he doesn’t get the same treatment or sentence as ex Doctor Dostrow, but hey he’s buddies with a judge isn’t he !

Bruce was a resident of Bishop for nearly 20 years. A father, business owner, homeowner, and all-around creative, healthy, and intelligent human being. Simply dismissing him as a “druggy” fails to address the real issue of addiction as a disease, and how we deal this disease with jail time, rather… Read more »

Yes Tbone … I hear ya … very sad .. He is a good guy, he was not like this when I knew him … It seems to be that with so much crap going on in society today, drugs like this meth crap is on the rise, abuse is… Read more »

I have never bought this notion that addiction is a disease. It is a weakness, a character flaw, and the tendency towards addiction may even have a genetic component, but it is not a disease. Calling it a disease is just a weak excuse for those who are addicted to… Read more »

Desert Tortoise is deluded in not seeing blogs as addictive and therefor a disease that may also be a weakness, character flaw, and perhaps the non-stop desire to comment on everything a blog presents has a genetic component.

“and the tendency towards addiction may even have a genetic component”

You mean like Down syndrome, Neurofibromatosis, Polycystic kidney disease? Perhaps we should incarcerate all of these genetically defective humans? And what is the “culpability” of an addict, exactly, in a civilized society?

You could say almost exactly the same thing about tobacco and alcohol except the jail part.

It took me about 30 seconds to make this Key and 1 click or tap to eccrypt any message text or email, eheheheh 🙂

Doesn’t matter because unless you use TOR or some other proxy that hides your ip address or, like TOR, routes your internet traffic through so many intermediaries that no one can tell who you are communicating with, the senders and receiver’s ip addresses are visible to anyone monitoring internet traffic.… Read more »

And Oh yea I forgot to mention, this is why tha Mexican CarteLs ARE STILL IN BUSINESS They got smart a long time ago and began using encryption in their daily business 🙂

One more thing, Mono County sheriff said they didn’t have extra staff to help police Mammoth, but all of a sudden, they are sitting and hiding in the bushes all over Mono County. Obviously they have way too many personnel.

Sugar … I think they got a lil egg o their face with all of the rawl about not doing traffic stops on the highways ..

Inyo has more drugs than Mono. Just no enforcement other than by Bishop PD. Just look around Big Pine or Bishop.

maybe a permanent checkpoint on 395 would be good

why stop at our cars ferd??? why not LEO can come in our house anytime they want, stop us and search us for no reason. Your ok with that, but what if they were checking for unregistered guns too? We need protections from LEO’s, and we need reasonable drug laws… Read more »

Driving isn’t a right, it is a privelege earned by passing a driving and written test, not accumulating too many citations and/or traffic collisions and by keeping your vehicle properly registered. When you take a car out on the road you have already given every leo in the state permission… Read more »

“When you take a car out on the road you have already given every leo in the state permission to stop you and ask to see your drivers license, registration and insurance documents.” Wrong. The mere act of driving does NOT give a cop the right to stop you and… Read more »

FIFY
But to cheer you up, if you are referencing Round Valley, you are quite correct. CHP can and do randomly stop drivers demanding to see their papers even in these sunny post- Nazi Germany
days.

So DT .. yeah .. the whole nonsense about papers is one thing .. but your idea of implied consent does not apply in a traffic stop. It applies to sobriety tests. In court .. it applies sort of how you are inferring, if there is no objection from the… Read more »

They LEO already does that up thar in Bridgeport, especially on tha Indian rez there sad but true 🙁

Ferinand- are you serious? Wouldn’t you feel like you live in Nazi Germany if you had to pass threw a check point every day to prove you did nothing wrong? Oh wait, we all ready do to protect ourselves against drunk drivers. Never mind! Our war on drugs and alcohol… Read more »

Fascism in America
Reply to  Trouble

Excellent analogy between the way some Americans and their seemingly huge desire to run the country the way Nazi Germany once did, Trouble. These poor souls are so negative and full of fear that the word “Liberal” is a contemptuous word today. The Nazis very effectively demonized and scapegoated the… Read more »

wiliiams
Reply to  Fascism in America

Only a drug addicted absolute fool would have drugs in their possession under those circumstances.

How come there is so much Druggies in MONO County? What is it withe MONO County? You don’t see these drug trafficking incidents in Inyo County??

If you notice,the majority of the latest arrests are out-of-towners passing through on HWY. 395…the others …..Mammoth Lakes…..

He’s not an out of towner. He resided in Bishop (not that long ago) and had drug charges while in Inyo county.

Bruce lived in Bishop for around 20 years, he was on probation for drug offences in Inyo county if my memory serves me correct. Very sad indeed, just another example of how horrible meth is. Bruce was really a great person, extremely talented, big heart, very fun and full of… Read more »

Why the jealousy, Wayne?
Reply to  Wayne Deja

Why are you so insanely jealous of Mammoth Lakes and the good people that choose to live there, Wayne Deja? Believe it or not, there are some of who have worked hard, got a good education, found good jobs, watched their spending, and can afford to live in Mammoth Lakes.… Read more »