The CHP arrested State Senator Roy Ashburn, who represents Inyo County in Sacramento for alleged driving under the influence of alcohol amidst reports that he had just left a gay night club in Sacramento. 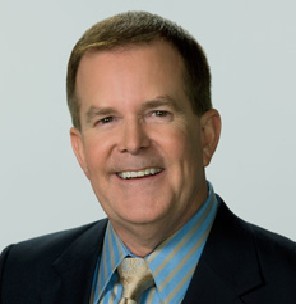 According to Highway Patrol Officers, Ashburn was arrested at 2:10 am on Wednesday morning after a vehicle stop across the street from the Capitol. Ashburn was driving a Chevy Tahoe registered to the State Senate.

Ashburn is finishing up his final term in the State Senate as he runs up against term limits. He has also served as a State Assemblyman for 6 years. He currently represents San Bernardino, Tulare, Kern, and Inyo Counties in the State Senate.

In a twist that has started to draw national media attention, CBS news has reported that Ashburn was arrested after leaving a gay nightclub in Sacramento. An unidentified male passenger was in the car, but not arrested. Ashburn has publicly opposed same sex marriage, and pushed an amendment to the state constitution to define marriage as being between a man and a woman.

Highway Patrol Officers did not witness the Senator leaving a bar of any type. The Senator was pulled over after officers saw the vehicle swerve.

The Senator has released an official statement that reads, I am deeply sorry for my actions and offer no excuse for my poor judgment. I accept complete responsibility for my conduct and am prepared to accept the consequences for what I did.

The official statement from the Senator does not confirm or deny the news story that says Ashburn had been drinking at the gay nightclub.

Ashburn was booked in the County Jail for DUI with a blood alcohol level over .08%.

We work to provide daily news to all of the Eastern Sierra, in the tradition of Eastern Sierra News Service and the Sierra Wave. We bring you daily happenings, local politics, crime, government dealings and fun stuff. Please contact us.
View all posts by News Staff →
Gun Brandishing Arrest Near Bishop Canal
ICARE Pets Waiting for You