By News Staff on May 15, 2018 in Government Agencies/Utilities

On Sunday, May 13th shortly after 8:00pm, Inyo County Sheriff’s Deputies, Bishop Police Department Officers, and California Highway Patrol Officers responded to a home invasion at a residence in the Highlands Mobile Home Park. Prior to the arrival of law enforcement, the suspects fled the scene in a silver Hyundai Elantra. 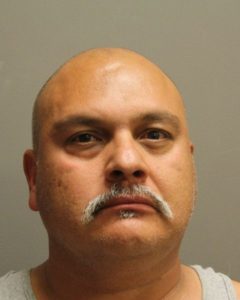 According to information that was obtained through interviews, a verbal dispute led to three suspects forcing their way inside of the residence where two victims were then assaulted. Four firearms were taken from the residence; one of the firearms was determined to belong to one of the suspects, Timothy Fossum, who is a convicted felon.

The three suspects were identified as: 46 year old Timothy Fossum from Bishop, 48 year old Henry Diaz from Bishop, and 39 year old Tianna Martinez from Bishop. Warrants for their arrests were obtained and issued for robbery, conspiracy to commit a crime, battery with serious bodily injury, elder/adult abuse, grant theft of a firearm, and burglary. 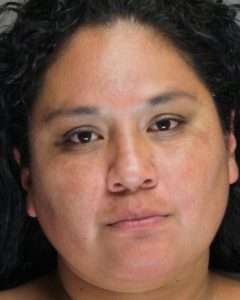 Investigators from MINT (Major Investigation and Narcotics Team) responded to the scene that evening, and assisted in the investigation. The following morning, search warrants for several locations were obtained. At one location, the suspects were located and arrested without incident. The stolen property was recovered from the location.

The three suspects were transported to Inyo County Jail where they were booked and held on $50,000.00 bail each. 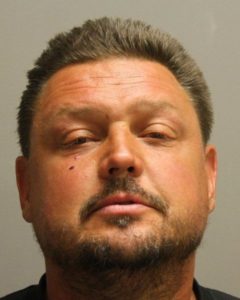 ..Charles….very good police work….getting both felons and their guns off the street.What surprises me is the way our court system works,when I checked the Inyo County arrest and inmates page,they’re still in jail and not OR’ed or bailed out the next day.

Good police work. Glad to know these people were caught and they’re off the streets.

Three bags of garbage who should be buried at the landfill, if convicted.

No Bad Days
Reply to  Tinner

You are way to Nice….