The following letter was submitted by Ted and Lisa Schade of ICARE:

After reading the article regarding a possible new Inyo County office building in Bishop (KSRW website, September 9, 2011), we propose the county has a much greater facilities need—a new Animal Shelter in Big Pine to replace the totally inadequate current facility. The existing Shelter was built in the 1930’s and was originally the dairy barn for the Inyo County work farm. It was designed to house milk-cows, not cats and dogs. In addition to the inadequate pet facilities, the public accommodations are also subpar, at best. The building has a dirt parking lot, no handicap access and the single restroom serves not only traditional purposes for both staff and public, it is also the only area where dogs can be bathed, litter boxes can be cleaned and staff can dispense medications, as well as fix their own meals. 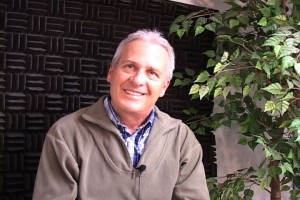 There are a number of reasons why now is the time for a new Animal Shelter. First, Inyo County already owns an excellent piece of property in Big Pine for a new Shelter. The Big Pine Convalescent Home on County Road was torn down a few years ago. It is the perfect piece of property—on a paved road, surrounded by trees, with existing water and septic systems. Plus, due to its population-central location, Big Pine itself is the best community in the county for a Shelter.

Available funding is the second reason now is the time for a new Animal Shelter. The county recently made its last debt service payment of $309,750 on the certificates used to fund the county jail. These are payments the county has been making since the jail was built—funds that could now be used to make payments on new debt issued to fund the Shelter project. Bond rates and construction costs are at historic lows. This is certainly a better use of this money than simply rolling it back into the General Fund.

Finally, now is the time our local economy needs job-creating construction activity. The county admits a Bishop office building is years away. The county owns the site in Big Pine and preliminary plans have been prepared for a new facility. If the county moves now, construction could be under way this time next year.

Inyo County Animal Services staff does a heroic job of caring for our homeless pets with far-less-than-adequate facilities. In addition, since 1997, ICARE (Inyo County Animal Resources and Education) has spent about $40,000 on improvements to the county’s Animal Shelter and volunteers have donated hundreds (probably thousands) of hours of labor to improving the facility. But, the time has come to stop putting money and effort into a losing cause—we need a new Shelter.

As we write this letter, we are looking at 1st District Supervisor Linda Arcularius’ campaign brochure from her last re-election campaign. On her list of priorities is “Secure funding for new Animal Shelter.” As residents of her 1st District, we respectfully urge her to make good on her campaign promise and lead the effort for a new Animal Shelter. As Inyo County residents, we urge Marty Fortney, County Supervisor for the community of Big Pine, to support a new, state-of-the-art county facility in his District—a facility that will bring construction jobs to Big Pine and maintain county jobs in the community. Finally, as the President and CEO of ICARE, the Eastern Sierra’s oldest and largest pet welfare organization, we urge all Inyo County pet owners and animal lovers to contact their own County Supervisors and demand that the needs of our homeless pets come before any other perceived county priorities. Let’s accomplish something now for our pets and our community we can all be proud of.

For pets in need, 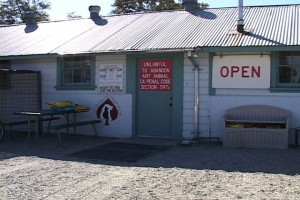 Seems like Inyo County is in need of a new animal shelter……But let’s all keep in mind what a GREAT job all those involved in the old one do…ICare,the employees,volunteers,etc.I have never seen a community such as Inyo County care so much for homeless pets……..My dog,and all the other dogs… Read more »

Have you taken a look at the animal shelter? It is not very well insulated and it is also very small. The people who work there have to listen to those dogs bark every time a car drives by or someone takes a walk on the next street over. I… Read more »