Applicants seeking a piece of Inyo County’s Community Project Sponsorship Grants, $70,000, found out at Tuesday’s Board of Supervisors’ meeting “you can’t always get what you want. But, if you try sometime you find, you get what you need.” Or at least you get some of what you need since the 18 applicants requested a total of $139,133. 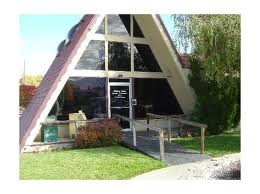 Museum Services Administrator Jon Klusmire explained the process of divvying up the cash. A panel of four volunteers evaluates the applications against point-based criteria and hashes out the best way to distribute the available funds. The biggest point getting criterion were community support and overall merit, both 15 pointers.

Kathleen New, Lone Pine Chamber of Commerce executive director, expressed appreciation for Chamber projects receiving funding. Two of the Chamber’s board members stepped up to bridge the gap between the $5,000 funding for the Inyo County Visitors Guide, a glossy magazine, and the $9,000 production cost.

Friends of the Inyo requested $8,000 and received $6,000 for the Owens Lake Bird Festival. Mike Prather told the Supervisors the Festival was expanding registration from 120 to 150, adding a half-day to the two-and-a-half day event and raising the fee, but had lost a major funding source. “The people who come are educated, have disposable income and go to bed early,” he said. His attractive description of attendees failed to move the Supervisors who eventually voted to fund the projects at the level recommended by the panel.

The biggest flap came from Board Chair Jeff Griffiths over funding for Bishop Chamber of Commerce and Visitors’ Bureau, starting with the $10,000 request for the California High School Rodeo Finals, which received $4,000 in funding. The bidding process that brought the Finals to the Tri-County Fairgrounds includes incentives provided by the Chamber. The Chamber’s annual Blake Jones Trout Derby requested $10,000, received $4,000; a reprint of the Chamber’s Eastern Sierra Treasure Map brochure needed $10,000 but got $2,000, its Eastern Sierra Night Sky Location Brochure needed $5,073, got $2,000. Chamber requests for its Winter Fishing Contest and Fishing Season Opener Media Reception were unfunded.

“Bishop has new money,” Klusmire said, referring to the Tourism Business Improvement District approved in 2014, a 2-percent assessment on lodging expected to bring in $300,000 last year. “There are ample resources for the Bishop Chamber,” he said, “others are needier.”

That didn’t go over too well with Griffiths. “TBID funds are for tourist promotion,” he said, “not to fund on-going activities…. We need to look at the criteria.  We’re penalizing the Bishop Chamber for creating additional, sustainable funding. That’s discouraging.””

Klusmire: “One of the criteria is are other funds available. Some members of the panel don’t like paying for staff time…. The Bishop Chamber wasn’t excluded it just got less.”

The four panel members are Debra Schweitzer, Mary Roper, Rich White and Chris Langley. Langley did not participate in evaluations of the grants requested by the Lone Pine Museum of Western Film History. His absent point count was an average of the other three.

Klusmire’s parting shot was the percentage of Transient Occupancy Taxes brought in by Death Valley, whose two applications were both funded at roughly 66-percent, and Lone Pine, with seven applications funded at 60-percent. Death Valley accounts for 66-percent of the County’s TOT funds; Lone Pine, 27-percent for a combined total of $2,618,415. Bishop’s TOT funds go to the City of Bishop.

Supervisor Rick Pucci suggested designating part of the grant funding for specific programs and projects but maintaining “a pot for new projects.” One of those new projects that received a high score was the promotion of Southeast Inyo Arts and Culture sponsored by the Shoshone Museum Association. The Association requested $9,300 and received $5,500.

The consensus among the Supervisors was that the criteria should be re-evaluated, but none wanted to tamper with the recommendations for this cycle.

Town of Mammoth Lakes to hold meeting on Multi-Use Facilities
Letter: ‘A most remarkable press release’