By News Staff on July 9, 2021 in General Misc. Stories, Obituaries 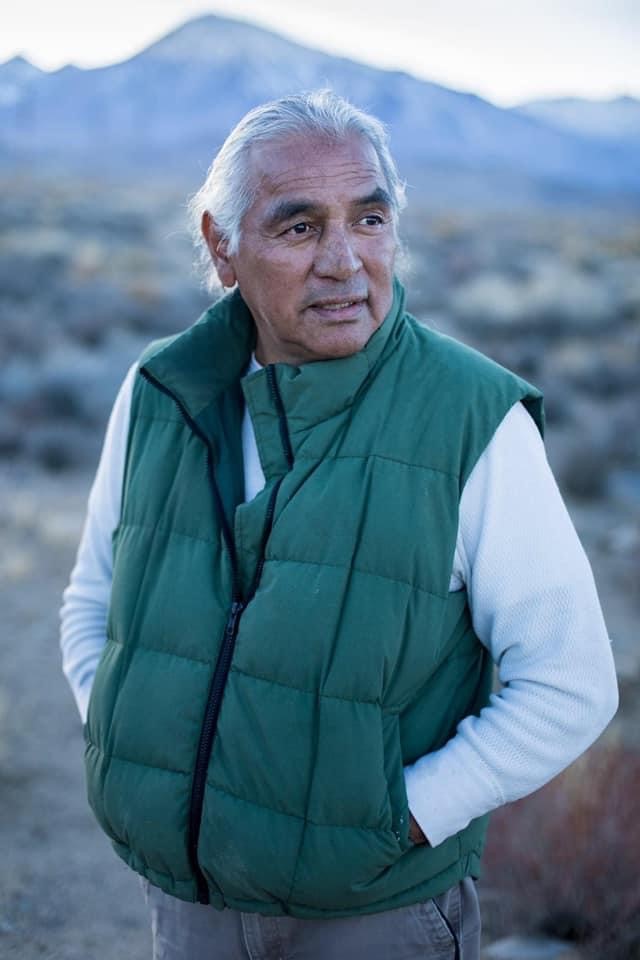 Harry Cline Williams was born on November 13, 1956, in Bishop, CA to John Williams and Velma Cyrus Williams.  Harry was the second youngest of eight children.  He spent most of his 64 years in Bishop, California.

Harry Williams was a Warrior and known as a Water Protector and friend to many and especially to Mother Earth.  Harry dedicated his life to activism and advocating for the land, water, and people.  He loved his Paiute Pima heritage and was proud to be Nüümü.  Harry valued people from all walks of life and easily made forever friends wherever he went.  Harry was always generous with his time and knowledge and never hesitated to teach the young and old what he knew about his people’s history and culture.  Harry’s passion was Paya (water), and he spent most of his life traveling near and far to speak out and advocate for the protection-of and return-of land and water to the Indigenous People in Payahuunadü.

Harry spent many years working as a Tribal cultural monitor.  As a cultural monitor, Harry worked to monitor and observe field activities during pedestrian archaeological field surveys, cultural resource inventorying, prehistoric archaeological site testing and/or data recovery excavations, and during pre-construction and construction phases of project activities involving ground disturbance in areas identified as sensitive.  Harry did this work to protect artifacts, remains, and anything else of cultural significance.  Harry spent a lot of time training for the cultural monitoring work and attending meetings with various agencies and numerous site visits to Nellis Airforce Base and China Lake Naval Weapons Center.

In his younger years, while in High School Harry was selected as Boys State and traveled to Washington, D.C. with students across the country.  Harry was proud to represent his school and to learn more about government.  In the 1960s Harry became an avid boxer and worked closely with his good friend and mentor Coach John Kinzy.  Harry boxed in various matches throughout the Reno, Bakersfield, and Bishop areas earning many boxing trophies including a 1971 Bishop Winner and winner of Bakersfield Saints A.C.  Harry attended Haskell Indian Nations University in Lawrence, Kansas and befriended many students and faculty and learned of other tribal histories and culture.  Harry was a family man and loved all his family unconditionally especially his children, nieces, and nephews.  Harry was proud of his kids and all the young people’s achievements and liked to have a hand in their education and was always present for their sporting events.  It was not uncommon for groups to call upon Harry to come and talk to the youth and to take them on field trips to learn about the environment and their culture and history.

Harry held a high regard for education and welcomed opportunities to work with colleges and universities learning and sharing his knowledge.  In 2017, Harry was the first ever recipient of U.C. Berkeley’s American Cultures Community Scholar Award.

Harry had a special connection to the land and some of his favorite things to do was to soak in the local hot springs and sing Paiute songs, fish, hike, find medicinal plants, cruise the dirt roads especially up in the Coyote area, and explore nature.

Harry appeared in many commercials, films, and documentaries including Obsidian Trail, Maverick, and Paya: Water Story of the Paiute.  Harry was most proud of his role in the film Paya and the work he did to help recover the Paiute knowledge of their ancient irrigation systems.  The Paya film has been an important tool in helping people understand the social and environmental justice impacts of Los Angeles taking water from Payahuunadü (Eastern Sierra Region) over 270 miles away, and of memorializing the Paiute’s engineering marvel of creating over 60 irrigation waterway networks using primitive tools.

Harry passed away on June 28, 2021, in Bishop, CA after battling a chronic lung condition.  At the time of his passing, Harry was surrounded by his family and was sent into the next life with songs, prayers, and good medicine.  Soon after Harry passed there was thunder, lightning, and rain – a tribute to his life.

Harry will forever be missed and loved by his family and friends, and many will be eternally grateful for his tenacity, boldness, energy, and beliefs.  Harry’s legacy will live on.

So sad to hear of Harry’s passing. He was such a strong voice for protection of eastern sierra water and wildness. I will miss hearing him give DWP well deserved hell for pumping this valley dry. He was an inspiration and he made a difference.Thank you, Harry.

Rest in Power my friend. Such a great loss to Inyo County and the World.