How do you feel when you read news stories about the salaries of health insurance and big oil CEOs? Somewhere between nausea and rage? The latest – “Blue Shield CEO earns $4.6 million”. Nice. But, really, the next bit of news is kind of nice. Seems that California has a law and the insurance commissioner has decided to use it to force the release of executive salaries. 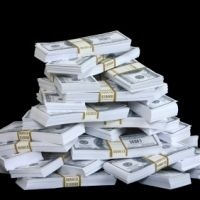 Blue Shield, a non-profit health insurer, pays its CEO more than four times the salary of his counterpart at the largest for-profit insurer, Anthem Blue Cross. Blue Shield’s response was that the pay was related to job performance and an independent compensation consultant reviewed the salaries. So, did the performance amount to policies on how to screw sick people out of coverage? Do you really think we believe the consultant would say no to the proposed salaries and risk loss of a contract?

No wonder these guys do not want reform of the health care industry. They’ve got it real good right now. Speaking of that, some of our listeners have asked me to speak out on some things. Okay. Will do. Survey after survey proves Americans do not want Congress to cut Medicare. In our federal government, three things cost the most – medicare, defense and social security. So, let’s talk about how much we spend on defense – around $644 billion dollars last year. Medicare, a reported $500 billion. Social Security, a reported $571 billion. So, let’s ask practical questions. If we have to cut these expenses, what do you want to cut? The wars in Afghanistan and Iraq and the building of bombers? The health care and hospitalization of those over 65? Or how about the money the elderly live on? We need to have a mature, serious national debate about our priorities.

We in the Bureaucrat Beat Newsroom invite your comments and we can only say that we feel America should have more guaranteed health care for people younger than 65. What are we saying to ourselves about who we are with the way we spend money? How can Americans contribute the skills and energy they might have if their health remains unprotected. Oh, wait a minute. Ask the Blue Shield CEO. I’m sure he will say any American can 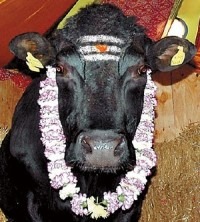 The current pattern shows that Americans either have lost jobs or now make less money while food, gasoline, housing and services cost more and more of our money. As Mammoth Town Council member Jo Bacon said at a recent meeting, we can’t afford to have sacred cows. Everything needs to be on the table when it comes to government budgets. This may happen locally, but do you really think our congressmen and senators will give up their lobby money from special interests and vote our way?

Some of our website comments have begun to rub people the wrong way. Their comments are that it’s “easy to vent when you don’t give your real name. You take no responsibility.” Gotta agree. Some of our website posts, however, do use their real names or they have reason to hide behind a moniker.

Attorney General Kamala Harris has not issued her medical marijuana guidelines, but she did form a Mortgage Fraud Strike Force. Harris wants to go after small and mega companies who abused homebuyers. Wow. Go Kamala. But, get those marijuana rules out, too, okay?

What about the Supreme Court order to release something like 30,000 to 50,000 inmates out of California prisons? About five years ago, criminal justice experts said the U.S. had the largest prison population and highest rate of incarceration in the world. Perhaps it’s time to examine that!! Jail time does not guarantee a better person. What are we doing???

On top of the news that non-violent prisoners might go free, the Los Angeles Times reported that “computer errors prompted California prison officials to mistakenly release an estimated 450 inmates with a ‘high risk for violence’ as unsupervised parolees in a program meant to ease overcrowding. Way to go. Bottom line? Do not use computers to figure if violent criminals should stay in jail or go.