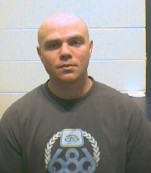 Zach Jones has been sentenced in Mono County Court. Jones is the young man who pled guilty to charges of assault by knife after a series of stabbings at a party in Mammoth a year ago.

Sierra Wave's Cleland Hoff was in the Mammoth Court room Friday for the sentence hearing. She reports an emotional hearing as family and friends urged the judge to give Jones a second chance rather than state prison time. Others were there to urge the judge to throw the book at Jones.

In December of last year, a drunken brawl broke out a party on Manzanita. Jones and a friend out were out numbered and self defense was mentioned. Jones himself reported that he has had problems with alcohol and blacked out for much of the incident.

One of the victims who reportedly tried to break up the fight, Brian Bernasconi, took his shirt off in the courtroom showing scars from five of six of the stab wounds. One of the stab wounds punctured his lung. Bernasconis father called the incident every parent's nightmare. The victim and his father urged Judge Stan Eller to give Jones the maximum.

At a past hearing, Judge Eller had sent Jones to a facility in Tracy to see if the young man could be a candidate for parole rather than prison. At that time, Judge Eller said with a twenty year old man looking at approximately seven years in a state prison, the court should have all input it can get.

With that information, and the testimony in court Friday, Judge Eller sentenced Jones to four years in State Prison with close to one year off for time served.

We work to provide daily news to all of the Eastern Sierra, in the tradition of Eastern Sierra News Service and the Sierra Wave. We bring you daily happenings, local politics, crime, government dealings and fun stuff. Please contact us.
View all posts by News Staff →
Snowcreek Fix-Up
Jeff Todd: Champion of Youth Programs