On January 6, 2014, an Investigator from the Mono County District Attorney’s Office, assisted by the Sacramento branch of the FBI traveled to Mexico City to transport a fugitive back to Mono County to face charges for repeatedly and forcibly raping a child while she was between the ages of five and twelve. 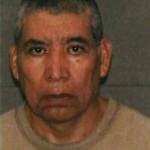 On February 17, 2015, Jacinto Flores Xochimitl pled guilty to two counts of rape of a child under 14.  The defendant entered into a negotiated disposition with the District Attorney whereby Mr. Xochimitl was sentenced to the maximum penalty of 30 years to life in state prison.  He will be approximately 87 years old before eligible for a parole hearing.

Mr. Xochimitl was being housed in the Mono County Jail since his return to the United States from Mexico under an extradition treaty.  Mr. Xochimitl admitted that from 1997 until 2004, he raped his former girlfriend’s daughter multiple times between the ages of five and twelve.

The Mono County District Attorney has been working with the FBI, the US Attorney General’s Office, Department of Homeland Security and Interpol over the last decade to locate and extradite Mr. Xochimitl.  During the later part of 2011 and early 2012, the FBI and FBI Legal Attache office in Mexico confirmed the location of the suspect and in July of 2012, the Mono County District Attorney formally requested the extradition of Mr. Xochimitl from Mexico.

The number one priority of the District Attorney is the investigation and prosecution of those who commit acts of sexual, physical, or emotional abuse of children.  Children are often abused by people who are entrusted with protecting them and these crimes leave lifelong scars and trauma on these young victims.  People who prey on children are some of the most despicable individuals in society.  The District Attorney is dedicated to the protection of our children and has devoted the resources needed to effectively investigate and prosecute individuals who prey on children.

Over the past five years, the District Attorney has sentenced individuals to a cumulative of over 450 years in imprisonment for their crimes against children.  It is because of the damage to victims that these crimes cause that the District Attorney refused to negotiate in Mr. Xochimitl’s case and forced him to accept the maximum punishment allowed under California law.  Further, these principals were paramount in the reason Mr. Xochimitl was so vigorously sought for over a decade even after fleeing the country.