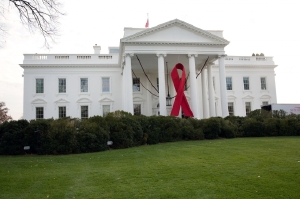 According to the Whitehouse Blog, as of today, we are treating over 5 million people with lifesaving medicines for AIDS, up from 1.7 million in 2008, and are on track to treat 6 million people by the end of 2013.

December 1, 2012–Since 1988, December 1st has been set aside as ‘World AIDS Day’; an opportunity for people worldwide to unite in the fight against HIV, show their support for people living with HIV, and to commemorate people who have died. During this month, it seems appropriate to review what we know about HIV/AIDS and re-educate the community on the scope and impact of HIV/AIDS in the United States.

The Centers for Disease Control (CDC) estimates a little more than 1.2 million people in the US are living with HIV—and nearly one in five of those are not aware they are infected. Each year, about 50,000 people get infected with HIV in the US. Since the height of the epidemic in mid-1980, this annual number of new HIV infections in the US has been reduced by more than two-thirds.

HIV does damage a person’s body by destroying specific blood cells, which are crucial to helping the body fight diseases. According to the CDC, within a few weeks of being infected with HIV, some people develop flu-like symptoms that last for a week or two, but others have no symptoms at all. People living with HIV may appear and feel healthy for several years. However, even if they feel healthy, HIV is still affecting their bodies. Untreated early HIV infection is also associated with many diseases including cardiovascular disease, kidney disease, liver disease, and cancer.  AIDS (acquired immunodeficiency syndrome) is the late stage of HIV infection, when a person’s immune system is severely damaged and has difficulty fighting diseases and certain cancers

Although more than half of new HIV infections occur among gay and bisexual men, heterosexuals and injection drug users also continue to be significantly affected by HIV. According to the CDC, individuals infected through heterosexual contact account for 27% of new HIV infections and 27% of people currently living with HIV. More than two-thirds of those infected through heterosexual sex are women. Some women become infected because they are unaware of a male partner’s risk factors for HIV infection or have a lack of HIV knowledge and lower perception of risk. Relationship dynamics also play a role. For example, some women may not insist on using a condom, if they assume they are in an exclusive, monogamous relationship. So getting an HIV test is the first step to finding out if you have HIV and then to get medical care. Without medical care, HIV leads to AIDS and possibly, an early death.

However, as a result of treatment advances since the late 1990’s, the number of people living with HIV has increased dramatically. The CDC unequivocally identifies HIV/AIDS as diseases people no longer have to die from. Today, thanks to new antiretroviral (ART) medications, the destruction of the immune system can be limited or slowed down. ART treatment helps people with HIV live longer, healthier lives and also lowers the chances of passing HIV on to others. Unfortunately, far too many people are diagnosed too late to fully benefit from these available, life-extending treatment. Most AIDS-related deaths occur when people who are infected do not receive testing, treatment, and care they need. If you need to find a testing site, ask your doctor, contact Inyo County HHS-Public Health Department at 760.873.7868 or look up a testing site at www.hivtest.org

We work to provide daily news to all of the Eastern Sierra, in the tradition of Eastern Sierra News Service and the Sierra Wave. We bring you daily happenings, local politics, crime, government dealings and fun stuff. Please contact us.
View all posts by News Staff →
100 years of LA aqueduct and museum calendar reveals historic photos
Mammoth Lakes Fire Department: How to keep Xmas safe