Shortly after 5 pm on July 2, 2016, the Mammoth Lakes Fire and Police Departments, Mono County Paramedics, and the Inyo National Forest fire personnel were dispatched to smoke seen in the area of Cliff Circle in Old Mammoth. 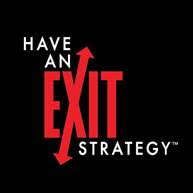 A column of smoke was clearly visible as responders neared the area. Upon arrival, it was determined that the fire was located behind the homes on the south side of Mill Road, approximately 200 feet above the residential structures. The fire was 30 by 30 feet and exhibited 10 to 12 foot high flames. The slope in the area was slightly greater than 30%.

The crews quickly deployed hose lines to knock the flames down and then proceeded to place a fireline around the perimeter of the fire. Due to the degree of decaying logs, the fire involved a significant amount of mop-up. A saw was needed to cut up some of the downed logs.

Fortunately the area had been part of a fuels reduction project within the past five years. The amount of downed material in the area was minimal and the trees had been thinned and branches pruned so that fire activity did not spread significantly to the standing trees.

The homes upslope/upwind from the fire were placed on a notification of possible evacuation, but as the upper hand was obtained on the fire, that order was rescinded.

The cause of the fire is under investigation, but it has been determined that it was man-caused.

There were no injuries and the fire was brought under control within 2 ½ hours. For additional information, please contact the Mammoth Lakes Fire Department at (760) 934-2300.

I don’t agree with calling it a ‘wildland’ fire. That is a term the insurance companies made up to charge certain people more money. There was nothing wild about this fire. It was human caused in an area of human development and habitation.