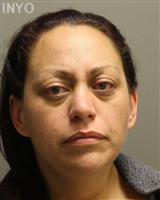 Tuesday, at about 2:30 PM, BPD received a call of a purse theft. The caller had left her purse unattended while shopping at a local grocery store. The purse contained a large amount of cash inside a bank envelope. BPD

had observed a known, local, female probationer in the area near the time of the theft call. A subsequent search of the probationer’s residence led to the discovery of the victim’s cash and other theft related items. 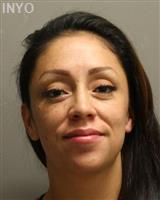 with 487(a) PC Grand Theft, 475(a) PC attempt to pass stolen check, and 1203.2 PC violation of probation. She was also linked to other thefts in the area. Consequently, more charges are likely.

During the course of the probation search, BPD encountered Arielle Stone, 26 years old, who was in

Arielle Faye Stonepossession of a prohibited knife. She was arrested on a parole violation and transported to the jail by Inyo County Sheriff’s Office personnel, who assisted BPD during the probation search.

Okay, can someone else please explain to me the reasoning behind Lows comment on this subject? Please? Am I the only one who thinks Low may have taken things out of context?

Low Inyo- you are insane! A gang of theiving girls????????????? The article names one woman as a suspect. One woman was identified by LE in the area around the time of the theft.. One woman arrested for the theft. Another woman was at her house when LE arrived. What gives… Read more »

Tinner, Low Inyo, and O’Brian…………it does not matter who, what, where, when or how…..its always the same self-richeous BS out of your mouths. Good gravey! FB stalking? She had a damn Knife! Big deal! You all are nuts! You act like there were no drugs and no crime 50yrs ago.… Read more »

When does it stop? When someone has the will to break the cycle and show respect for their family, their friends, their neighbors and the community they share. And a willingness to respect the rule of law. Try it, it really works, and it’s not that difficult.

Just checked the FB photos of Stone, drinking and driving, flipping the bird and babies. My heart aches for the little ones.
Sad because she really is a beautiful woman.
#endthecycle

Tinner, ya ever hear the saying, I’m not responsible for my brothers deeds? Your picking on a hole family for a young adults mistakes!

Nope, never heard of it.

Those are my old Facebook’s thank you very much. I am under Izzy Stone now so u can look at my pics there. Sober and changing my life. Don’t judge too soon. Have a blessed day

Arielle, good to hear, best of luck to you. We all make mistakes, nobody is perfect and we all deserve a second chance.
“When you hit rock bottom, the only way to go is up.”

Right on
Reply to  Wilderbeast

Gosh,a “gang” of thieving girls running amuke in Bishop this Holiday season…when you leave your home,be sure your doors are locked..while Christmas shopping,guard your purses…everyone make sure your vehicle is locked,and your kid’s Christmas presents are in the trunk of the car…..watch your back when your coming and going from… Read more »

Good, old fashioned police work . On probation ,no search warrant needed, woman got her $$,and her purse back , and cleared a couple more cases…outstanding !

Tinner, I think you hit a real low making that comment. The part of the very large Stone family I have come to know up here are some of the nicest people I have enjoyed meeting. A very loving family. I wish people would think before the mouth off!

I agree, completely uncalled for. I worked with a Stone for many years, super good guy and a hard worker.