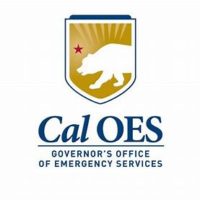 California officials on Tuesday, December 8, sent out an emergency phone alert to mobile phones statewide to inform county residents about the state’s Regional Stay-at-Home Order. The alert urged residents to stay home and that “COVID-19 is spreading rapidly.”

While some  questioned its use, the fact is, it is well within the state’s authority to use the system in the manner it did, especially given the drastic measures that are now being taken across the state to cope with the COVID-19 pandemic raging in the state that is seeing some communities at 100% hospitalizations and ICU beds.

There is no evidence that the WEA had a negative impact on 9-1-1 Call Centers or created confusion on local Code Red Alerts. If anything, today’s alarm appeared to have been met by the public with a collective yawn.

Again, there is no evidence whatsoever that the use of the WEA, especially in this instance, has “conflicted” or been confused with Code Red Alert systems used in counties nor has it resulted in the “flood of calls to 9-1-1” that could overwhelm local EMS, law enforcement or other emergency response.  If anything, it appears that most of the public has enough intelligence to tell the difference between the different types of alerts they  receive over their mobile phones.

There was a clear difference between how Sheriff Jeff Hollowell in Inyo County and Sheriff Ingrid Braun in Mono County responded to the announcement by the state that it was going to issue the alert. Hollowell appeared to make what, to some, was yet another political statement questioning the authority of the state as they attempt to control the current COVID-19 pandemic as he has in the past on the health order on enforcement of wearing face coverings and unauthorized gatherings, while Sheriff Braun simply notified the residents in Mono County that the WEA was going to take place without comment.

The state’s OES is concerned over the most recent statistics on COVID-19, including data on intensive care unit (ICU) capacity. Southern California has dropped below 15% capacity which has triggered the regional stay-at-home orders. Several counties in California are at 100% capacity, hence the urgency being shown at the state level.

Following is the press announcement from the Inyo County Sheriff’s Office: Press Release from Inyo County Sheriff questions state’s use of the WEA, although the state has every right to do so.

Press Release: INYO COUNTY SHERIFF, December 8, 2020 – The State of California, Office of Emergency Services, pursuant to the Governor’s Order will be issuing a WEA (Wireless Emergency Alert) text today at noon.  This alert will go out to all Counties who are under a “Stay at Home” order.

State Sheriffs were advised yesterday (Dec. 7) at 4:30pm of the alert. Even though Emergency Managers and Law Enforcement were not involved in the discussions regarding the alert, we were informed we had no control.  Across this state, Emergency Managers and Law Enforcement are dealing with potential Public Safety Power Shutoffs, Red Flag warnings and the potential for wildland fires.  We urged the Governor not to conduct the alert as the message could be conflicting with emergency evacuation orders.  WEA is supposed to be used for emergencies.

The primary concern is the potential for conflicting alerts if an actual emergency occurs.  If you receive the WEA, please do not call 9-1-1 or County offices for clarifications.  You can call the California Office of Emergency Services at (916) 845- 8510.

The Inyo County Sheriff’s Office will continue to advise citizens and visitors via Code Red, IPAWS (Integrated Public Alert Warning Service), or WEA in the event of an emergency.  The message will clearly state it’s from the Sheriff’s Office.

The Sheriffs are too busy adding more Thin Blue Line patches to their gear to actually protect the citizens of Inyo..

Sheriff is clown, doesn’t know the meaning of professionalism. Taking advantage of our county and veterans. Should be ashamed of himself and we the people of the county should hold him accountable. We the people need to be more active and make sure our elected officials don’t act like authoritarians… Read more »

Charles: Look up the definition of emergency. I don’t think that this quite fits. Don’t pick out just the parts that you like.

Day before yesterday a record breaking 219 of our fellow Californians died from Covid19. That was just one day. There are currently over 11,000 hospitalized in California with this virus.

Find someone else to quibble semantics with, Bob.

Bob K, do your research. it is a PERFECT fit: From the FCC website: “The Public Safety and Homeland Security Bureau reminds authorized alert originators that the Wireless Emergency Alert system is available as a tool during the coronavirus COVID-19 pandemic.” I think you owe Charles James an apology for… Read more »

I voted for this Sheriff when he ran last. Won’t be doing that a second time. The Sheriff’s department is a public safety agency and he seems to fail at realizing that. He’s supposed to be supporting the message of safety and health. And now he’s putting his political beliefs… Read more »

Nothing but cool aid guzzling commentors on this site. Wake up people.. the state had BILLIONS of dollars in CARES Act funds and nine months to have AMPLE ICU capacity and trained hospital staff for their well known and anticipated second wave The state and all its blind followers are… Read more »

Trained hospital staff in nine months ? just how long do you think it takes to get “staff” hired and trained ? we’re not talking hiring and training extra baristas here ….. it would have been a lot easier for people to mask up and the president to man up.

When is this good-for-nothing Sheriff up for reelection again?

Remember this, and so much more, at reelection time.

I don’t want to sound mean,angry or disrespectful,but speaking for myself,I’ve never had a cell phone,smart phone or a “mobile app”….whatever that is…just an old fashion land line telephone and 1980’s answering machine to check when I get home from work…. I have trouble understanding why people,this day and age,seem… Read more »

From Inyo County Sheriff Press Release: “WEA is supposed to be used for emergencies.” As of the day this press release was written: 285,000+ deaths in the USA 20,000+ deaths in California 16 deaths in Inyo County Is there any other scenario where this many deaths in a 9 month… Read more »

Good to know how important our lives are to the Sheriff.

It’s not just about deaths, it’s about the infections which are at 300+. Some of these infections will result in long term health issues. It’s a public safety issue. People make full recoveries from colds, flus, and other types of viruses. That won’t be the case with COVID for some.

Leaders in denial are not leading they are fallowing.

Good on ya, Jeff and Ingrid!

COVID – allowed by our mad President to spread about the land – is the “hard rain” that Bob Dylan predicted.

“I saw ten thousand talkers whose tongues were all broken”

What bothers him is when they vote in such numbers

Don’t think twice, The quote is only a lyric from a well-known Bob Dylan song and it was not intended as a political statement to your rather, admittedly, clever original riposte, although the lyrics ring true enough considering the hatred that seems to have gripped our national politics. Not everything… Read more »

The first time I ever cast a vote I regretted was for Jeff Hollowell! He needs to keep his personal political preferences at home locked in the closet. Inyo county no longer has an veteran administrator or a competent Sheriff.