– Press release from Friends of the Inyo

Join Friends of the Inyo as it hosts the Wild and Scenic Film Festival On Tour in the Eastern Sierra. Films will be showcased in Mammoth Lakes at the Edison Theatre on Friday, December 5, in Bishop at Cerro Coso Community College on Saturday, December 6 and in Lone Pine at the Lone Pine Film History Museum on Friday, December 12. Doors open at 6:15 p.m. for all showings; films begin at 7 p.m. 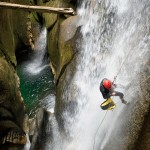 The Wild & Scenic Film Festival is a collection of films on tour from the annual festival held in Nevada City, CA the third week in January each year. In the Eastern Sierra, the festival brings together two programs of inspiring and visually stunning films, which celebrate the natural world, environmental conservation, and outdoor exploration. One film program will screen in Mammoth, and the second film program will be shown in Bishop with an encore presentation in Lone Pine. Everyone is invited to enjoy food, drink, and the chance to win great prizes while supporting Friends of the Inyo and our rich public lands.

“We’re excited to bring the Wild & Scenic Film Festival to the Eastside again this year,” said Laura Beardsley, Friends of the Inyo’s executive director. “This year’s films feature the stunning diversity of the natural world and inspiring stories of people making a difference for its future.” 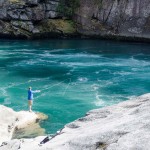 In Mammoth Lakes, visitors will be given a glimpse into the world of elite adventure athletes in Into the Mind and the short vignette The Joy of Air. Additional films will explore the themes of preservation, water, and balance in the natural world. In Fighting for the Futaleufú introduces the richly diverse Futaleufú River in Chile and efforts to save it from a future dam. Snows of the Nile explores the evidence of climate change from the peaks of Uganda’s Rwenzori Mounatains. Other films will examine the process of creating an early and intimate connection between nature and children, the formation of the largest marine preserve in the world, and the hidden diversity found in the Southern Appalachia.

In Bishop and Lone Pine audiences will enjoy a variety of short films including Honor the Treaties, a story of a photographer using his craft to fight for justice on the Pine Ridge reservation; Down the Line, which chronicles the birth of canyoneering in British Columbia, and Badru’s Story, a highlight of the work of wildlife biologists in Uganda’s Bwindi Impenetrable National Park who have been using radio cameras to document and monitor the biodiversity. Other films include the poignant tale of the birth of eco-tourism in Patagonia and an account of a bold young man who, when paralyzed from the waist down, didn’t let his disability end his passion for outdoor recreation. Along with these films the audience can expect to be inspired by a variety short films, which focus on themes from outdoor adventure to environmental justice and activism.

The Wild & Scenic Film Festival was started by the watershed advocacy group, the South Yuba River Citizens League (SYRCL) in 2003. The festival’s namesake is in celebration of SYRCL’s landmark victory to receive “Wild & Scenic” status for 39 miles of the South Yuba River in 1999. The 4-day event features over 100 award-winning films and kicks-off the national tour to over 100 communities nationwide. It is building a network of grassroots organizations connected by a common goal of using film to inspire activism. With the support of their National Partners: Patagonia, CLIF Bar, Sierra Nevada Brewing and Mother Jones, the festival reaches an even larger audience in tour venues coast to coast.

Hosting the Wild & Scenic Film Festival is a natural extension of Friends of the Inyo’s work to inspire people to care for and preserve the outstanding beauty, recreation opportunities, and natural resources that surround us on the Eastern Sierra’s public lands. As a non profit founded in 1986, Friends of the Inyo has connected thousands of people to their public lands – locals and visitors alike – through hikes, tours, volunteer opportunities, habitat restoration, trail maintenance, film presentations, and meetings.

Tickets are $12 each night or free with the purchase of a new or renewed Friends of the Inyo membership.

Tickets can be purchased at the door or in advance at the Booky Joint in Mammoth, Eastside Sports and Friends of the Inyo in Bishop, and the Lone Pine Film History Museum in Lone Pine. For more information, visit www.friendsoftheinyo.org or call (760) 873-6500.