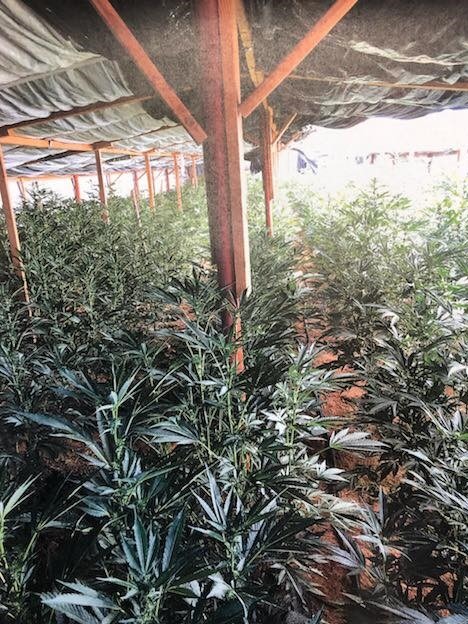 It should not come as any surprise that just because cannabis has been legalized, the illegal trade in growing and selling it has not. There is simply far too much money involved. Cannabis is estimated to be the largest cash crop in California with a value of more than $11 billion. The state collected over $1 billion in tax revenue on legal marijuana sales.

The latest example of the worth of even an illegal grow comes in the form of a press release today, Tuesday, June 1, from the Inyo County Sheriff’s Office. The Sheriff conducted a raid on illegal grows in the Charleston View Area with an estimated street value of the seized 17,450 plants marijuana set at $34,900,000. All the plants were destroyed.

Illegal grows are frequently found in national forests. According to a report from the Associated Press in Oct. 2020, California’s annual campaign against illegal marijuana cultivation eradicated more than 1.1 million plants and 20.5 tons (18,597 kilograms) of processed pot at 455 grow sites despite difficulties because of coronavirus precautions and massive wildfires…”

It was on last month that Sierra Wave reported on a Dangerous Illegal Marijuana Grow Site Discovered in Death Valley Jail Canyon on the western side of Panamint Mountain. Typically, many illegal grow sites are found in very isolated areas, away from trails frequented by hikers or the public.

Authorities warn those that come across these illegal grow sites to leave the area immediately and report it to the forest service as soon as possible. These sites can be very dangerous places to be found. It is not unusual for weapons to be found at these sites and even booby traps using explosives to warn off unwelcome visitors. And there are other dangers as well. 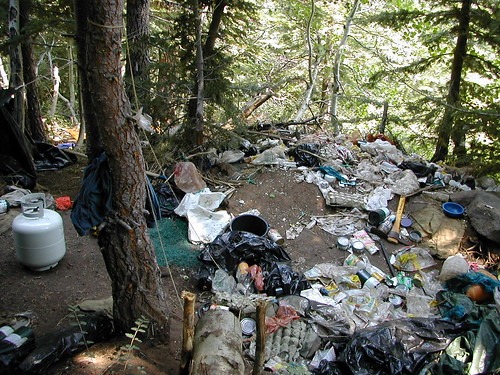 Toxic Chemicals, Trash, and Damage to Environment and Wildlife

Another issue is that there are often unknown chemicals at an illegal marijuana grow sites. Illegal growers often use very potent and toxic pesticides to kill any animals to keep them away from their plants. These sites, says the U.S. Agriculture Department in an Oct. 17, 2019 post by Cody Sullivan, U.S. Forest Service, Research and Development, titled, Cleaning Up Illegal Marijuana Grow Sites, explains in greater detail why these illegal marijuana grow sites pose problems for Forest Service law enforcement, the public, and the environment – with pesticides poisoning wildlife, soil, and water.

Remember: If you come across an illegal grow site, do not call attention to yourself; do not linger, leave the area immediately retracing your footsteps/route; do not touch anything; and once safely away, notify authorities.