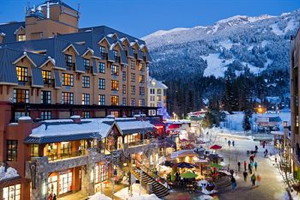 When they recently traveled to Whistler Blackcomb Ski Resort, Town of Mammoth officials learned that Whistler has a big village, highly developed events and incentives for developers. Things to think about in Mammoth Lakes.

Councilmen John Eastman and Matthew Lehman flew to Whistler with Town Manager Dan Holler. Eastman made it clear that Mammoth “won’t be Whistler.” What officials did learn from Whistler is the need to incentivize developers to invest in Mammoth. Eastman said that in Mammoth, planning, Town Council and retail people have stressed the need to be “ready for the next growth spurt.” He said that was a subject for talk during the Whistler visit.

Eastman said the need to offer incentives to developers was the “screaming message at Whistler. We will not see new, major private sector development unless owners are incentivized. That,” said Eastman, “was the screaming message.” He also pointed to resort occupancy as a reason for developers to come to town. He said Whistler Village claims 65% annual occupancy. Mammoth is more like 40%. Said Eastman, “We need to bring up occupancy.”

Eastman named employee housing and marketing as two other key areas at which Whistler has succeeded. He said Whistler officials thought the Mammoth TBID or Business Improvement District assessment was a big advantage. He said they were surprised Mammoth would spend more than $5 million on marketing as a result.

Councilman Lehman said the relationship among Whistler Mountain, the town and community is “very cohesive. They have a definite plan on how to operate and grow.” He said Whistler rakes in a big return on investment for events.