By Charles James on March 15, 2020 in Government Agencies/Utilities

What Glass Ceiling? A First in Inyo County, a Woman is Elected to Superior Court Judge 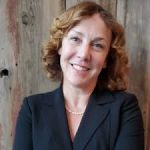 In a very narrow contest, and a first in the history of Inyo County, voters elected a woman as a Superior Court judge. Susanne Rizo received 3,217 votes of the 6,391total ballots cast, according to the last county votes posted online at elections.inyocounty.us, which put her over the 50% required to win. While it’s quite the accomplishment, Inyo County has yet to have a woman serve as CAO, District Attorney or Sheriff (even as a high-ranking member of the department). Will more glass ceilings to be broken in the future?

(NOTE: There are, of course, numerous examples of woman serving in leadership positions in Inyo County, as recently pointed out in a comment by one of them, Alisha McMurtrie. This article was pointing out three elected positions which had heretofore that “glass ceiling” had not been broken. Nothing more, nothing less.)

The list of distinguished Elected and non-Elected “Woman Officials” provided by Ms. McMurtrie, that serve Inyo County include: Amy Shepherd, Auditor-Controller, Kammi Foote, Clerk-Recorder, Patricia Barton, Public Administrator/Public Guardian, and Alisha McMurtrie, Treasurer-Tax Collector. Mrs. Barton and Mrs. McMurtrie are currently the longest serving active elected officials. Our appointed department heads include: Suzanne Rizzo, Child Support Director, Kathe Barton, Environmental Health Director, Marilyn Mann, Health & Human Services Director, and Cathreen Richards, Planning Director. This represents the women in leadership positions at the County level and does not begin to acknowledge all of the women currently serving at the City of Bishop and all other Special District and School Boards within the County.”

[There was never any intention whatsoever to offend anyone in simply noting that, in one position that had not had a woman serving in Inyo County, i.e. Superior Court Judge, that “glass ceiling” had been broken…and that is a good thing.  The term “glass ceiling” is a commonly used description to describe a “barrier” yet to be broken, most commonly referring to the difficulties often faced by women in the workplace…and in politics. It’s not pejorative, nor meant to be in any sense.–James, News Director]

The other two candidates in the Superior Court Judge race, Incumbent Judge Brian Lamb, received 2,498 votes or 38.94 percent, while Philip T. Ashworth got 676 votes or 10.58 percent.

On her campaign website, Rizo wrote, “When I look at the success of our small campaign, I am so full of appreciation. As results come in for the Inyo County Superior Court Judge election, I couldn’t be more grateful for my family, and the voters who took a stand for a new vision and new leadership in our judiciary. These results speak to the heart of why judicial elections are so important to rural communities.”

Rizo’s campaign took advantage of criticism from the California Commission on Judicial Performance’s three public admonishments to Judge Lamb in the area of violating state law that judges must decide case 90 days after they were heard. There really were not a lot of issues brought out in the campaign other than the admonishments.

Current Presiding Superior Court Judge Brian Lamb confirmed that he had conceded the race and called Rizo to offer his congratulations. He was gracious and philosophical in defeat, saying that in past races, he had put opponents in the same position he now found himself, and he wished Rizo only the best in the position.

“I look forward to working with our county administrative officer,” Rizo stated, going on to say that her top priority is “to work to improve the confidence in our judiciary.” She went on to say, “I am passionate about making our court systems more accessible and fairer.”

Rizo will be sworn in officially in January 2021.

While I do not want to minimize Ms. Rizzo’s accomplishment in any way, it is disturbing that this article diminishes the fact that Inyo County has a stellar track record of women in leadership and elected positions for quite some time now. You have summarily dismissed the following public servants:… Read more »

My personal feelings on this race, is the new elect pushed hard to throw the incumbent under the bus for some time nowI Guessing that’s the way politics work now!

What a silly/borderline irresponsible headline for the story.