The Congress failed to pass legislation on Phase 3 Stimulus Bill as of Sunday night, as the Senate could not agree on the language in the bill which Democrats feel is heavily weighted towards rescuing large industries and corporations that they feel do not deserve or need to be rescued because they have assets that can be used to secure low interest loans on their own without federal loan guarantees.

The amount of funding in the bill has risen substantially from the original $800 billion to now over $2 trillion.

Democrats want more of the money to go to hospitals and average American workers needing assistance. Strongly objecting to what they called a “$500 billion slush fund” which would have been overseen by the Treasury Department without adequate controls and accountability, the Democrats referred to the 2008 bailout of banks (TARP) in which federal bail-out money was used by corporations to increase executive pay, buy back company stock, and ended up creating very large “too big to fail” banks.

Sierra Wave has been talking to local small business owners in Big Pine and the rest of the county. Many fear their small business may not “survive” the drastic measures being taken to combat the coronavirus pandemic. 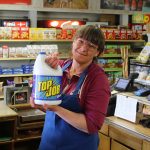 Small business owners in Inyo and Mono counties are being hit especially hard with dining rooms closed and many businesses being ordered shut down completely. Most local business owners expressed worry about how their employees and their families are going to survive without a paycheck. Others are worried about the supply chain that keeps their restaurants and businesses stocked with food and merchandise. Across the board, they’re worried that the current government leaders in Washington, DC, care much more about the survival of large corporations than what happens to them.

We are hearing about the “third phase stimulus package” currently before Congress, which is the “trillion dollars” stimulus package. It promises all adult Americans a direct payment of between $1,000-$1,200 (or more) and $500-$600 for each child.

This is what has already been done:

On March 6, Phase One of Stimulus Package was passed for $8 billion to provide additional healthcare measures.

Phase One provided additional funding to the key U.S. agencies involved in the fight against the Coronavirus/COVID-19 pandemic, the Centers for Disease Control and Prevention, the National Institutes of Health, and the Food and Drug Administration to find new treatments and ways to slow down and prevent the disease. The State Department and the U.S. Agency for International Development were given additional funding to help other countries in their fight against the virus. And then there was $1 billion dollars given to the Small Business Administration for loan subsidies to help businesses suffering from the consequences of the virus.

On March 18 the Phase Two of Stimulus Package was passed in the amount of $100 billion providing for broader relief efforts.

Jessica Diaz and Billy White at Brewed Awakening are OPEN

The Second Phase covered a much wider range of provisions to offer economic assistance to those hit hard by the pandemic, such as:

What is in the “Third Phase” now being discussed?  Essentially, it hoped that giving direct payments to every American citizen and providing low interest loans to businesses will “save the day.” And lots of people and small businesses can really use that money right now. The third phase stimulus package now before Congress is coming is at around $1 trillion. 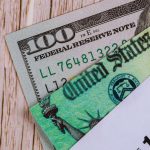 The Plan is to give direct relief to by way of  payments to every adult American of $1,000 to $1,200, whether employed or unemployed, and $500 to $600 per child. It may be done in one lump sum or in two payments. That has yet to be decided, but it is a decision that needs to be made quickly as many Eastern Sierra workers and small businesses are hurting.

One controversial proposal is to give loans or grants in the area of around $50 billion to the airline industry, who are being hit much harder than even after 9/11. Money is being considered for other travel and hospitality businesses that are being hit hard as well. These include as the cruise industry, hotels, and shopping malls.

Other ideas being floated include a payroll tax holiday for both workers and employers to put more cash into their pockets, but you must be employed or still in business for that to make a difference.

Given the dire urgency of the situation, expect Congress and the White House to act quickly with some type of plan.

I have an even better idea. When you get that bailout check – spend it locally. Don’t splurge at online stores, support those that help make this area a great place to live. We are making that commitment. Even though we just moved here last year, we love it and… Read more »

vaguelynoble….I have a better idea.Let’s just hand trump $500 Billion cash and use at his own discretion to help the working class people through this.

Good article on Democrat talking points. The Democrats are holding up the bill for the following to “fight the virus”: – racial and gender pay equity provisions – diversity on corporate boards – increased use of minority-owned banks by federal offices – increases the collective bargaining power for unions –… Read more »

There is no justification whatsoever for bailing out corporations right now. The airline industry certainly doesn’t deserve a bailout: The biggest U.S. airlines spent 96% of their cash flow over the past decade to buy back shares of their own stock in order to boost executive bonuses and please wealthy… Read more »

Scary times were having…..