Fire alarms, burglar alarms and phones up and down the Eastern Sierra went on the fritz. Christmas Eve saw malfunctioning 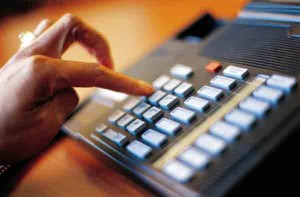 electronics that are reliant on phone lines.

Reports came from Southern Inyo Hospital, Caltrans, many homes and offices. Because phone lines either went out or became marginal, the devices reliant on them did too.

Workers for Sierra Security Systems spent much of their holiday trying to help people.

Before the holiday, we had talked with Verizon external affairs official, Mike Page, who reported that hundreds of thousands of phones went awry during the big storm of more than a week ago.

Page had also warned that as things started to dry out, condensation would cause more problems with phone lines. Possibly the situation before and during Christmas.

We work to provide daily news to all of the Eastern Sierra, in the tradition of Eastern Sierra News Service and the Sierra Wave. We bring you daily happenings, local politics, crime, government dealings and fun stuff. Please contact us.
View all posts by News Staff →
Two Inyo women murdered in Santa Margarita
Former Mammoth police officer’s termination appeal decision out