VALLEJO, California – The U.S. Forest Service’s Pacific Southwest Region is sharing our draft proposed species of conservation concern (SCC) lists as part of the land and resource management plan revision process for the Inyo, Sequoia and Sierra National Forests. We are asking for public input that provides additional scientific information that may affect the draft proposed SCC lists. 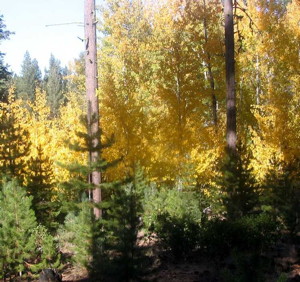 The process for plan revision includes indicating species of conservation concern for each plan area. Developing a draft proposed SCC list for each national forest is one step in that process.

We are asking the public to share their expertise by providing input to support or not support our draft proposed SCC lists. Feedback is most useful if submitted by August 14, 2015, via electronic mail to: [email protected] Please include “SCC lists” in the subject line.

In August 2014, the Forest Service began the National Environmental Policy Act (NEPA) process for forest plan revision on the three forests. Since then, we have been developing a draft environmental impact statement (EIS) and completing the analysis outlined by the 2012 Planning Rule. We anticipate releasing the draft EIS and draft forest plans for public comment and review later this year.

The mission of the U.S. Forest Service, part U.S. Department of Agriculture, is to sustain the health, diversity and productivity of the nation’s forests and grasslands to meet the needs of present and future generations.

The agency manages 193 million acres of public land, provides assistance to state and private landowners, and maintains the largest forestry research organization in the world. Public lands the Forest Service manages contribute more than $13 billion to the economy each year through visitor spending alone.

Those same lands provide 20 percent of the nation’s clean water supply, a value estimated at $7.2 billion per year. The agency has either a direct or indirect role in stewardship of about 80 percent of the 850 million forested acres within the U.S., of which 100 million acres are urban forests where most Americans live.