By News Staff on July 15, 2013 in Government Agencies/Utilities

On the afternoon of Saturday, July 13, 2013, at approximately 2:55 pm, Mono County Sheriff’s Deputies conducted a traffic stop on a vehicle headed southbound out of Lee Vining at a high rate of speed. 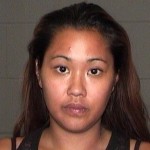 Raissa Leinani Cadiente, age 25, of Upland, CA, and passenger, Robert Earl Pitts, age 35, also of Upland, CA, were stopped by deputies on southbound Hwy 395 at Utility Road outside of Lee Vining for speeding. As the vehicle was run for current registration information, Mono County Sheriff’s Dispatch advised deputies that the vehicle was reported stolen out of Downey, CA, and that Ms. Cadiente was the wanted suspect. She was also driving on a suspended license. Ms. Cadiente and Mr. Pitts were both asked to exit the vehicle. Ms. Cadiente was then asked if there was anything illegal in the vehicle. She stated there was a small amount of marijuana but she possessed a medical marijuana card for it. 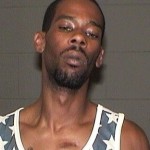 Upon the vehicle search, a small amount of marijuana was located in the glove box. Also, numerous Macy’s bags, with brand new merchandise, were also found behind the driver and passenger seats of the vehicle. Deputies could not locate any receipts or proof of purchase for the items in the bags. Deputies further searched the vehicle and located fourteen (14) Green Dot Debit cards wrapped together with rubber bands. These cards are generally used to fraudulently obtain bank information and funds. Deputies located a bank statement, with a debit card number and pin number. The bank statement did not belong to either Ms. Cadiente or Mr. Pitts. Further investigation found that the Green Dot Debit cards were in fact stolen with the intent to sell, and the Macy’s merchandise had been fraudulently purchased.

Ms. Cadiente was placed under arrest for vehicle theft, driving with a suspended license, and receiving stolen property. She was transported to the Mono County Jail without incident.

Mr. Pitts had an active misdemeanor warrant out of San Bernardino County and was also placed under arrest. He was also transported to the Mono County Jail without incident. Both cases are pending charges with the Mono County District Attorney’s Office.

america and racism,its not racism its predjudice,well earned opinion,grab your bolt cutters and let all the illegals in,did you see the hispanic lady in santa ana,undocumented,whos kid was 18 pounds and had 8 more crammed in her little house,thats what happens when you sit back like an idiot with no… Read more »

Hey Battle Cries- I actually like half those ideas. I’ll let you figure out which half.

Conservatives and the N word
Reply to  Trouble

Here’s another gem from the mouth of the self-anointed conservative guru –
Conservatives and racism?
YOU be the judge.

Tony Cumia
Reply to  Conservatives and the N word

Did Robert Byrd[former KKK Grand wizard and long time leader of the Democratic party] find that one for you? Since I stopped listening to terrestrial radio 12 yrs ago, Im glad I can always get a Limbaugh update from one of the few remaining people that still listens to AM… Read more »

oh yeah,those mexican americans who make up 40% of mammoth lakes all live in one house

Thanks Ferdinand lopez (clearly a bogus name, doubtful real Mexicans would demean each other) for the stark reminder that racism may be bigger than ever in America.

dont give me that all american mexican american sh**,im well aware of what most of them are up to,dont ask how,but it aint polite,probably why so cal doesnt want to be in mammoth anymore,and heston,dont forget,the right to bare arms has been around alot longer than you

True or false; medical marijuana makes you a better driver.

It doesn’t make you a better driver, it makes you miss your off ramp.

RC,
I’d like to see a video featuring stoned cowboys, they could call it Broke back Mountain unless that title is already taken.

Dean, Pot is not equal to alcohol in impairment when driving. Under California law, stoned driving is drunk driving as it should be.

Battle cries from the right
Reply to  Bung

Bring back Prohibition! Don’t allow gay people to marry! Put women’s rights people in prison! Don’t let women vote! Don’t let gays vote! Punish those who don’t own a flag! Don’t pay any taxes! Furnish everyone with a machine gun! Make everyone read the bible! Force everyone to be just… Read more »

Try to relax gun-toters.
Life’s way too short to carry on that way.

Considering I live in Upland, glad to see those two criminals arrested…. I would bet a months pay they live in the section 8 housing of south Upland which has been overcome with the criminal element…

better not arrest them or people will riot

Why not just admit it, Ferdinand –
Aren’t you glad you weren’t born black?

Liberal
Reply to  Profiling and Prejudice

Yeah, but if I were born black I wouldn’t have to take any responsibility, I could blame everyone else for my lack of motivation and will-power to succeed.

the MUG shoots just keep getting better and beter.
LOOOOSSSSEEEERSSSSS

Way to go boys!! Good work! You too Hahn!

And speaking of those Sick of Mono County – When are the people from Mammoth Lakes and South Mono County, who make up the vast population (and $$$) of the county going to wise up and put pressure on the Supervisors to have more meetings in Mammoth Lakes rather than… Read more »

The word circulating around the county is that the current group of supervisors is the worst ever. Totally into themselves and their personal and political agendas. Case in point: In a very successful “Choose Civility” program, a program that has proven highly successful in increasing civility in both public and… Read more »

Bozos on this bus
Reply to  Right winger Supervisors

And then there is Mono County Larry (float-builder) Johnston.
Larry’s constituents are mostly Hispanic. But name one thing Larry done for these constituents?

What has been done, Larry?
Reply to  Bozos on this bus

40% of Mammoth Lakes is made up of Mexican/Americans. They are hard-working, work for peanuts, extremely polite, religious, and very family oriented.
I would like to see just one comment from Supervisor Johnston, (whose district contains most of the Latino population) indicating how Mr. Johnston has assisted this group.

Mark
Reply to  Bozos on this bus

You say Mexican Americans like they are all here legally.

Some are, some are not.

When a simple thing such as a proven successful program (in this case, Choose Civility) has to be argued about for an hour (at the expense of the constituents), with ideological and/or political differences clearly saturating the argument, this should be enough evidence for any reasonable person to ascertain that… Read more »

Whats your point Mark? So is the problem with the legal? illegal? Both? or the policy’s from the YAHOO’s in DC? If any of you have the time I suggest you watch this video, It contains immigration stories, and the anwar al alawki drone bombing of his 16 year old… Read more »

My point is we live in times where authorities pick and choose which laws they will enforce. The idiots rioting in L.A. are a good example. Since when is blocking a freeway considered a legal non violent protest? How about we give citizenship to anyone willing to learn English. And… Read more »

When I hear about people like this passing through our area I’m thankful for our local law enforcement paying attention and our 2nd Amendment…and my dogs.
…………………….And some feel profiling is wrong…sheesh.

Dingo….Don’t think “profiling” has much to do with it….and if you might be refering to the George Zimmerman thing,a whole different can of worms…George Zimmerman is the one that initiated the confrantation there….If I were out in the woods and seen someone walking around,and started following them,asking questions,and displayed a… Read more »

…Ain’t it kinda creepy thinking these kinds of people actually drive up and down our highways and in our area ?….and maybe doing some site-seeing into the campgrounds and along the lakes and streams on their way home…..a good reason you can never be too careful when your out in… Read more »

Wayne- Another reason I now rarely go into remote areas without a sidearm. You never know what desperate people are trolling those areas.

Clyde is probably one of those non-stop frightened souls who like Zimmerman sleeps with his sidearm.

Paranoia strikes deep
Into your heart it will creep
It starts when you’re always afraid
Step out of line – the man comes and takes you away. (except in Florida)

It must be tough going through life being your own worse enemy.

I’ve said it before, but I GOTTA’ say it again…how stupid are you when you KNOW you’re dirty and you speed down the highway through a small town, ANYWAY ?

I wonder if she’s thinking “Man… I should have driven the speed limit…”?

dean- Giving them credit for being able to think in the first place is way overboard. Low lifes just stealing and taking from others is all they are.

Another one (or in this case ,two) bites the dust in the VERY pro-active Law Enforcement area between Lee Vining and Bridgeport !!!….Between the citations that seem to be issued in that area,and in this case,wanted criminals,if I were operating outside the law,I’d go miles out of my way to… Read more »

Mr. Pitts appears to be having a tough time dealing with getting cut by the Globetrotters.