Update for Monday, June 21 @10am: #InyoCreekFire is at 50 acres, no containment yet. Minimal fire activity overnight. Winds are expected to increase across the area later today. Almost all of this fire is being fought from the air due to rugged terrain.

Update for Sunday, June 20 @4:45pm–Evacuations initiated for the Inyo Creek Fire: Fire management is currently working with the Inyo County Sheriff’s Office to get all of Whitney Portal evacuated. The fire is expected to establish into Meysan Lake Drainage and move towards the Portal. This is a one way in one way out road and it is critical to evacuate to reduce the possibility of a chaotic situation. The Inyo County Sheriff’s will be physically contacting visitors, residents, and business owners to notify them of the evacuation. This will consist of the Mt. Whitney Trailhead, the Whitney Portal Store, Whitney Portal Campground, Recreation Residents, Lone Pine Campground, and Meysan Lake Trail. 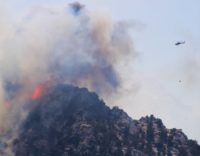 Photo: The Gateway to Mt. Whitney

The Inyo Creek Fire continued to burn overnight and through today. Caused by lightning, the fire is approximately 50 acres and burning on the Northeast side of Lone Pine Peak and very close to the Meysan Lake Drainage that runs directly toward Whitney Portal. There is 0% containment because ground crews are limited on taking direct action on the fire due to the steep and rugged terrain the fire is burning in. Helicopters have been providing bucket drops to try to keep the fire in check, however mechanical problems have limited the number of helicopters that are able to work on that task. 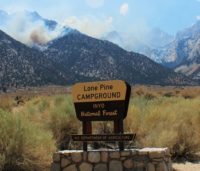 Photo: The Gateway to Mt. Whitney

Southwest winds of 10-15 MPH, temperatures more than 100 degrees, and rollout due to the steep terrain have caused the fire to grow. These conditions are expected to continue through today. Gusty winds are also expected tonight. It is critical that people stay out of the Whitney Portal area. If the fire gets established in the Meysan Lake Drainage, it could move towards the Portal area quickly.

Update for Sunday, June 20 @3pm: It has been reported that this afternoon around 3:30pm, Whitney Portal and the Lone Pine Campground are being evacuated. The Inyo Creek Fire took a serious turn from where it was yesterday when only one helicopter was being used to make air drops.
Original Post on Saturday, June 19: On the heels of the Alabama Hills Fire yesterday near Horseshoe Meadow Road and Hogback Road, which is 30% contained, a new fire nearby has also been reported by the Inyo National Forest. The Inyo Creek fire was discovered early this morning and was caused by lightning that came through the area two days ago, the fire is highly visible where it is located on the Northeast side of Lone Pine Peak. 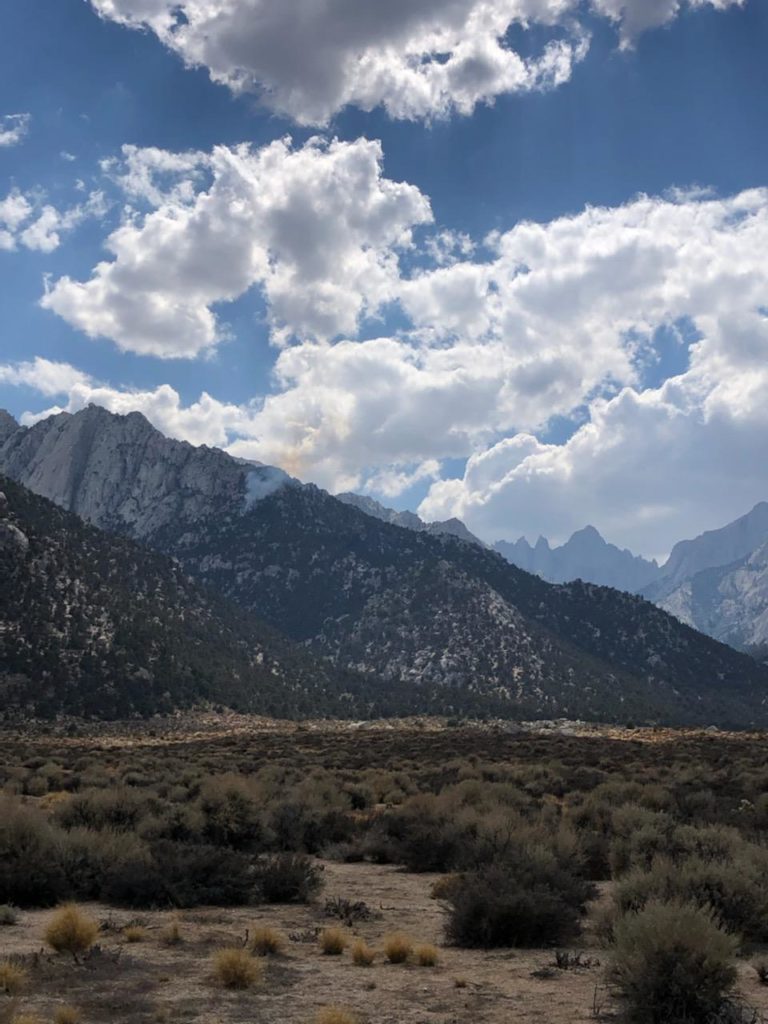 Currently the fire is around 1 acre in size, but the remote and rugged location is limiting crews from making access. Crews on the ground are working on contingency line below the fire and 2 helicopters are being used to drop buckets of water directly on the fire. 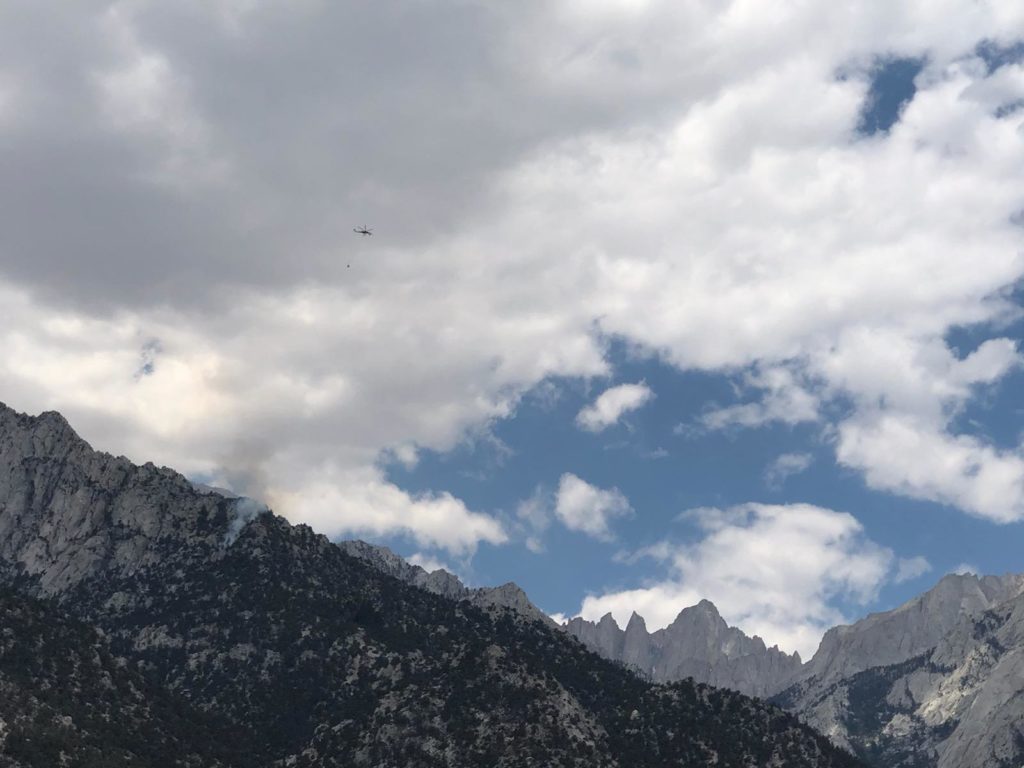 As of now there are no evacuations

Once upon a Time…on Sierrawave Presents….
National Pollinator Week: To Bee or Not Too Bee” Should Not ‘Bee’ the Question”
6 Comments
Newest
Oldest Most Voted
Inline Feedbacks
View all comments

Michael, thanks for the information you are providing the public. Stay safe!

Nice photos.. Who gets the credit?

Thanks for reminder. Was up way too late and hours trying to follow. These photos came from Cal Fire to the best of my knowledge.

We’ll take a look and provide the appropriate attribution. Thanks for providing the information. Would you mind looking at the photos again to see if the proper attribution was made to the correct photo?