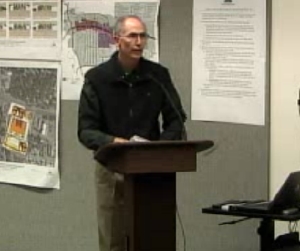 Twenty-some years ago, Mammoth Lakes used to choke through major air pollution in winter months. Wood-burning stoves and road cinders clouded the air and violated national and state air quality standards. The Town adopted an Air Quality Management Plan in 1990 and stayed within national standards four years later. With some state standard violations on occasion, the Town Council voted to approve an updated plan with an eye on complete compliance.

Former Town Planner and consultant, Bill Taylor recently explained to the Town Council that multi-family developments can not use wood stoves and the new plan would include all wood stoves, even certified ones, in no burn days. But, he said those days are almost non-existent – 1 or none every year. The new rules would also focus on replacement of old stoves when a property sells. The Town had quit enforcing that regulation.

In August, Air Pollution Control District Director Ted Schade had told the Town Council that Mammoth was not done cleaning up its air. He emphasized the need to get back to enforcement of changing out old, polluting stoves when properties change hands.

Bill Taylor reminded the Council that last summer’s Aspen Fire smoke in Mammoth was not quite as bad as Mammoth’s own air pollution in the past. The Council did vote unanimously to approve the updated Air Quality Plan which will also state that regulations in the plan will mean compliance with national air quality standards through 2050.

Those cinders that are spread to melt the snow are left on the roads after the snow is gone and ground into dust. The dust cloud it forms invades everything along the roadways including peoples lungs. Management of those cinders, when and how much is spread as well as how… Read more »

I think cinders are as big a problem when it comes to our health and clean air as is wood burning and smoke. Proper road management is a major key to Mammoth’s clean air.
Thanks, =

MJA, Why? What makes cinders such a worry for you? I can understand not wanting to inhale cinder dust, but are you referring to some other negative health effects?