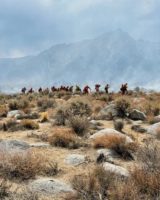 Update Monday, June [email protected]: #AlabamaFire is 100% contained as of this morning.

Update Sunday, June [email protected]: #AlabamaFire: Fire is at 80% containment, holding at 560 acres. No new fire growth over the past 24 hours.

Fire determined to be lightning caused. At least one other small fire in Bair’s Creek area. Current fire weather warning with threat of additional thunderstorm activity.

Evacuations were lifted and campgrounds are open.

Whitney Portal Road, Movie Road, and Horseshoe Roads are reported as now being open, however use CAUTION as there is fire equipment and firefighters in the area still working the fire.

Original post on Friday, June 18, 2021 @11:45am: Early this morning there was a wildfire northwest in an area outside Lone Pine in the Inyo National Forest near the Alabama Hills.

Around 6am it was reported to be around 200 acres but has since grown to 300 acres. A fire line has been started but the fire is 0% contained. 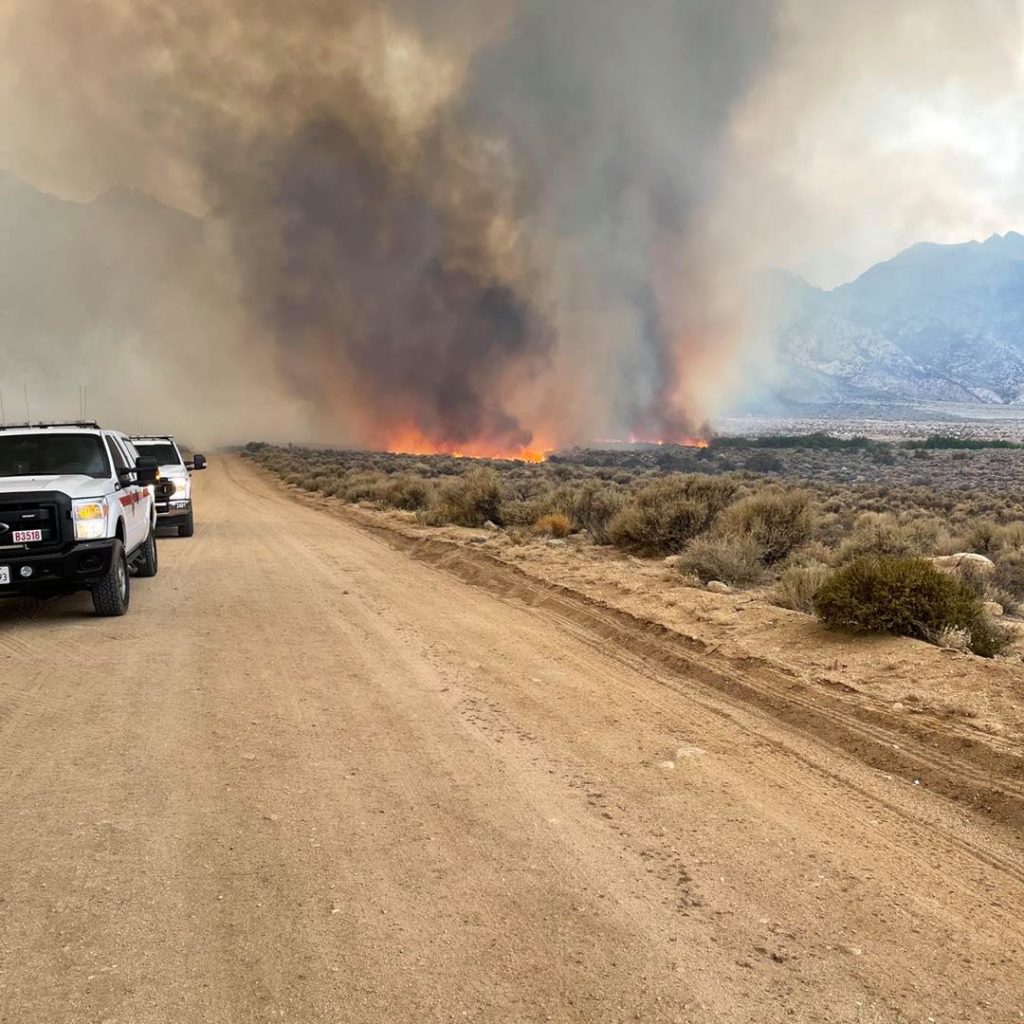 Campers and local residents of Granite View and Horseshoe were ordered to evacuated. One couple living in the area near the fire told Sierra Wave that their phone at the house in the Alabama Hills had been ringing off the hook with emergency alerts, but otherwise little else was happening near the housing area. The couple had just gotten back from a “drive-about” to see if there was more information they could gather. No homes or structures have yet been reported threatened or destroyed. Some water drops were taking place. They estimated the fire was 7 or 8 miles from their home and posed little, if any threat.

People are asked to avoid the area so as to not interfere with firefighting efforts.