The Glacier Fire remains 49 acres in size, 90% contained and no closures are in effect at this time. Yesterday, the fire area received moderate to heavy precipitation. Today the threat of storms has diminished, and a hotshot crew was flown in to continue improving and strengthening containment lines.

This morning a reconnaissance flight is taking place over the Golden Trout Wilderness area so that fire staff can assess two small lightning-caused fires that were reported there yesterday near Volcano Meadow and Templeton Mountain. Crews have been unable to locate a third that was reported near Jordan Hot Springs. This area also received moderate to heavy rainfall.

Two other lightning-caused fires were reported yesterday, one near the Mammoth Scenic Loop and one near Hot Creek, and both of these have been contained.

As the area warms and dries new fires may be discovered. These lightning holdovers can be discovered up to a week after a storm. While new fires are still possible, yesterday’s rain should decrease the risk for new starts making large runs.

The Glacier Fire remains 49 acres in size and 90% contained. No closures are in effect at this time. Yesterday, crews were pulled off the fire due to the approaching thunderstorms. The fire area received moderate precipitation yesterday and there is an 80% chance of showers today.

This morning a reconnaissance flight took place over the area of the Glacier Fire and confirmed no fire growth. The flight also included the Golden Trout Wilderness area so that fire staff could assess the three small lightning-caused fires that were reported there this morning.

The National Weather Service issued a Flash Flood Watch for the area through 8 p.m. today. The potential for heavy rainfall and flash flooding exists this afternoon and evening over the Eastern Sierra and White Mountains as thunderstorms develop over the higher terrain. Rainfall rates of up to 1 inch an hour are possible. A Flash Flood Watch means that conditions may become favorable for flooding of creeks and stream in and around recent burn areas. In steep terrain, the rainfall could trigger rockfalls and deposit debris on roadways. Be prepared to take immediate action should rainfall trigger flash flooding.

The Glacier Fire remains 49 acres in size and 90% contained. No closures are in effect at this time. Today crews were pulled off fire due to the approaching storms. The fire area is currently receiving moderate precipitation.

Firefighters have made good progress containing the Glacier Fire, which is burning on a high ridge between Big Pine and Baker Creeks, west of Big Pine, California. The fire is now approximately 49 acres in size and 90% contained. No closures are in effect at this time.

Today, firefighters will continue strengthening and improving the fireline. They are also mopping up, which is the process of finding and extinguishing hotspots within the perimeter of the fire. Mopping up may include extinguishing burning material near control lines, felling snags, and trenching logs to prevent rolling after an area has burned, to make a fire safe, or to reduce residual smoke. Helicopter and air tanker support continues as aircraft are available.

Increasingly cloudy conditions are expected today with southeast winds 9-15 mph becoming southwest in the afternoon. There is a 40% chance of thunderstorms and rain Sunday and Monday.

Fire Restrictions remain in effect for the Inyo National Forest and Bishop Bureau of Land Management (BLM). Campfires are allowed only in developed campgrounds and recreation sites. A portable stove or lantern using gas, jellied petroleum or pressurized liquid fuel may be used with a valid wilderness or California Campfire Permit in dispersed areas. Smoking is only allowed within an enclosed vehicle, building, a developed recreation site, or in an area at least three feet in diameter cleared of flammable material. 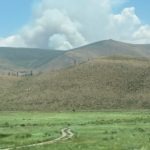 Crews made good progress on containment lines overnight. They are being supported by multiple helicopter and air tanker drops during the day. Water and retardant drops help slow down fire spread so ground crews can make progress constructing fireline. 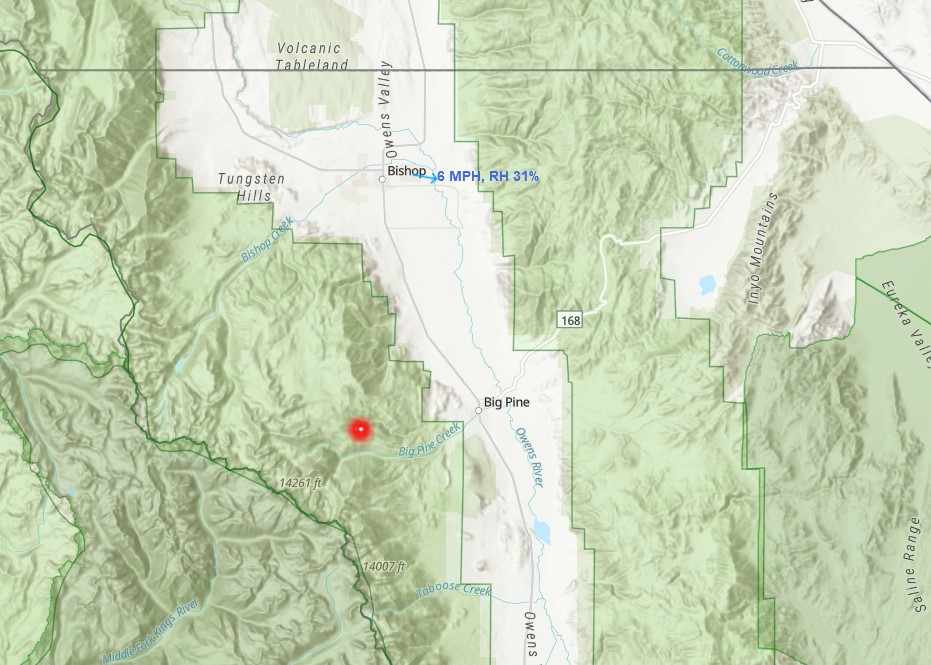 Glacier Fire and Glacier Fire North. Both at 5 acres. No information on level of containment.

July 14, 2021 @7:30 pm: Vegetation Fire – Glacier Fire is holding within retardant lines and ground crews will be working throughout the night. 5 helicopters, 2 airtankers, and 3 engine crews are committed. Additional crews are on order.
https://twitter.com/engineco16/status/1415440981701267461?fbclid=IwAR2vggfBhaJ9tLo6UQ55y4EX0tNTemJ8pYiXX5qcSvoXVxw854nxafWJEbk 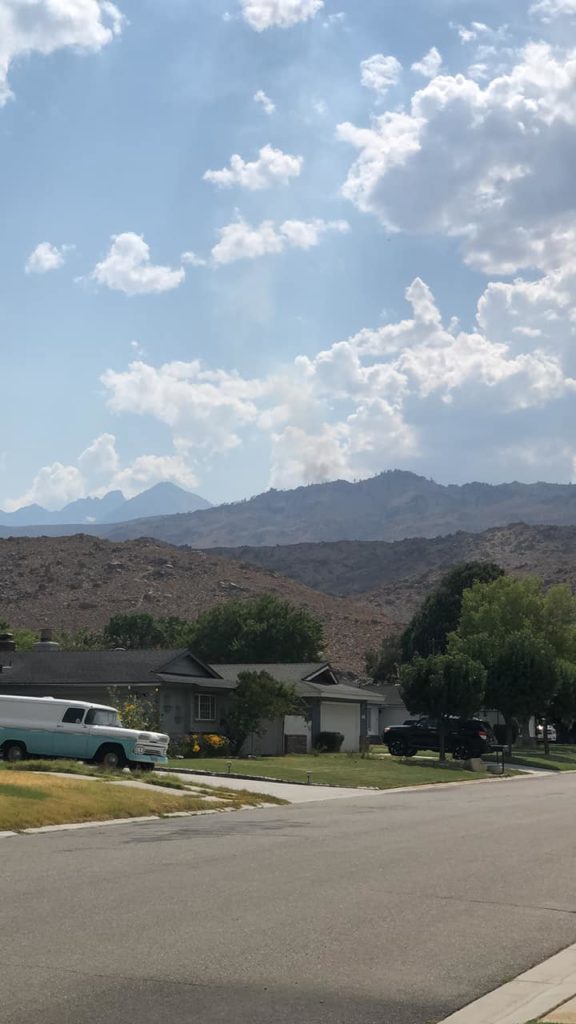