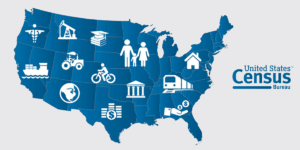 Expect local field census workers here in Inyo and Mono counties to stop counting as of Thursday, Oct. 15, unless the deadline is once again changed.

The U.S. Supreme Court, on Tuesday, Oct. 13, temporarily allowed the Trump administration to end its field operations as part of the 2020 census count, even though the case still under consideration in the 9th U.S. Circuit Court of Appeals.

The 9th U.S. Circuit Court of Appeals might still decide to uphold a lower court’s order that extended the census count until the end of October. That decision needs to be made quickly, but for now, the Commerce Department can stop counting by going door-to-door.

The Trump administration’s attempts to shut down the census count early are viewed by many as an attempt to deliberately force an undercount of minorities, marginalized populations such as undocumented immigrants, the very poor, and the homeless, who are often difficult to reach and to count. An undercount is seen to benefit Republicans with respect to representation and political power by limiting the numbers of Democratic members in the U.S. House of Representatives. But it is also about how much money each state receives from the federal treasury. More people, more money.

The President has made it clear that he does not want undocumented workers, i.e., non-citizens, to be counted, however the Constitution, Article I, Section 2 of the U.S. Constitution, mandates that an apportionment of representatives among the states must be carried out every 10 years. According to the Census Bureau, the primary purpose of apportionment is the original legal purpose of the decennial census, as intended by our Nation’s Founders.

Apportionment is the process of dividing the 435 memberships, or seats, in the U.S. House of Representatives among the 50 states, based on the state population counts that result from each decennial census. The apportionment results will be the first data published from the 2020 Census, and those results will determine the amount of political representation each state will have in Congress for the next 10 years.

The U.S. Constitution mandates that all persons in the United states must be counted, not just voters or citizens. It is a headcount.

This year the coronavirus pandemic wreaked havoc on the Census counting effort that began back in January. It was suspended in April and the pandemic forced two extensions of the deadline, first to the end of July, and then to the end of October. The last date was the result of court action.

Despite an earlier agreement, Commerce Department Secretary, Wilbur Ross, inexplicably decided to end the census earlier despite the court order to which the department had agreed, now insisting that it was under pressure to submit initial census data to President Trump by Dec. 31.

A lawsuit by several civil rights groups to force the department to continue the census until the end of the month is what resulted in the Supreme Court’s decision, but again, it is only “temporary” and awaiting the final decision of the 9th Circuit Court of Appeals.

“The U.S. Constitution mandates that all persons in the United states must be counted, not just voters or citizens. It is a headcount.” It is simple, how many people live in the United states and where do they live. I worked on the 1980 census in Inyo County, It was… Read more »