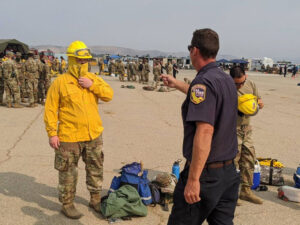 200 Army soldiers from Washington state  are being deployed to assist with California wildfire suppression. Seen here are soldiers receiving fire fighting training from CAL FIRE in the past.

The USDA Forest Service, Pacific Southwest Region, and the National Interagency Fire Center (NIFC) have coordinated with the Department of Defense for the deployment of approximately 200 active-duty soldiers, to include command staff, to help with wildfire suppression efforts in Northern California. The soldiers are due to arrive early this week from the 14th Brigade Engineer Battalion, 2nd Stryker Brigade Combat Team, 2nd Infantry Division, I Corps, from Joint Base Lewis-McChord, Washington.

The soldiers will be deployed on the August Complex Fire on the Mendocino National Forest after conducting additional ground training and fireline certification. The August Complex started on August 17, 2020, from 37 different lightning fires. Many of those fires have been contained or have merged to form larger fires. Currently, the fire is 221,284 acres, and 18 percent contained. 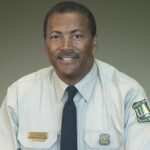 “This support will provide additional capacity to ensure firefighting resources are available to respond to ongoing and emerging wildfires in California,” said, Randy Moore, Regional Forester for the Pacific Southwest Region. “I thank the U.S. military for their continued support with these soldiers, as well as C-130 aircraft, equipped with Modular Airborne Fire Fighting Systems (MAFFS) units. Their assistance with wildfire suppression efforts for California’s wildfires is greatly appreciated.” 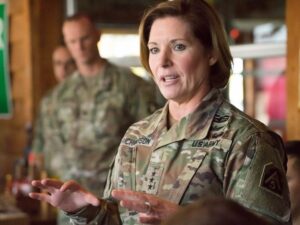 “For more than four decades, the Department of Defense has maintained an interagency agreement with the U.S. Department of Agriculture and U.S. Department of the Interior to provide firefighting support to wildland fire management agencies when requested,” said Lt. Gen. Laura J. Richardson, U.S. Army North (Fifth Army) and JFLCC commander. “During that time, federal military ground forces have mobilized 37 times to support wildland firefighting response efforts, and it is an honor to oversee such a mobilization again in support of our partners and America.”

There are 38 large wildfires currently burning in California, with more than 1.5 million acres burned so far this year.

The Forest Service manages 18 National Forests in the Pacific Southwest Region, which encompasses over 20 million acres across California, and assists State and Private forest landowners in California, Hawaii and the U.S. Affiliated Pacific Islands. National forests supply 50 percent of the water in California and form the watershed of most major aqueducts and more than 2,400 reservoirs throughout the state. For more information, visit www.fs.usda.gov/R5. 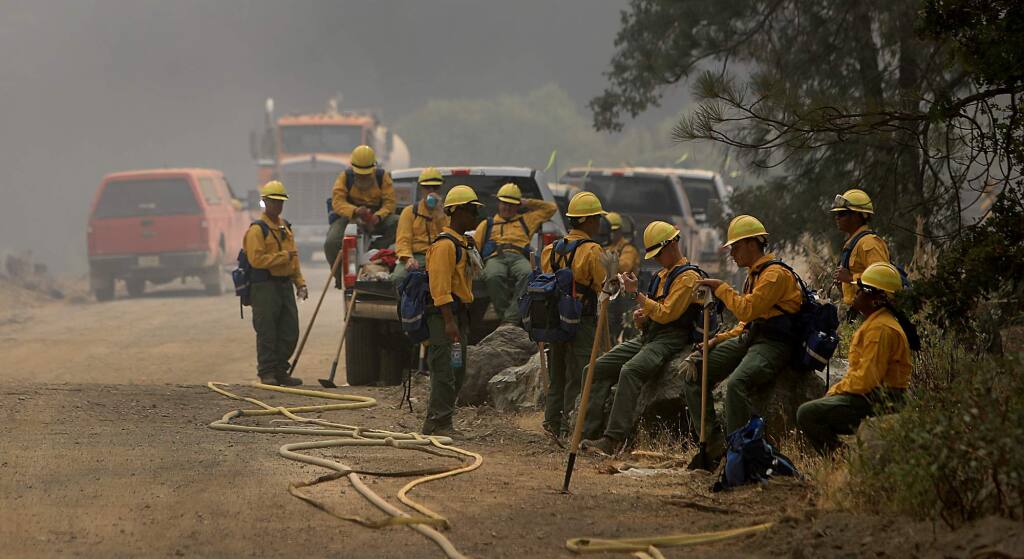 This is the first active-duty military mobilization for wildfire support in California since the Mendocino Complex Fire in 2018.