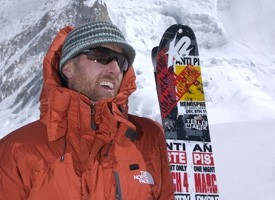 According to Powder Magazine, two skiers in the Split Mountain area south of Bishop died in an avalanche this week. The magazine reported that the bodies of Kip Garre and Allison Kreutzen, both of the Tahoe area, were discovered Wednesday.

The magazine quotes Public Information Officer Carma Roper of the Inyo Sheriff’s Office as saying that there was a search and rescue effort launched at 8 am Thursday. “They were two very experienced hikers and skiers and they were overdue, near the Split Mountain area,” Roper was quoted as saying. Roper said that the two bodies had been discovered. The high winds apparently interfered with helicopters trying to get into the area. Roper was further quoted as saying that seven of Garre’s and Kreutzen’s friends assisted in the search and rescue operation.

Kip Garre was 38 and described as an accomplished skier, guide and mountaineer. His girlfriend, Allison Kreutzen, 41, was also described as an experienced skier and hiker. According to Powder Magazine, one of the couple’s friends, Robb Gaffney, said that the pair had traveled to ski the Split Gorge early Tuesday. He said they usually would call to share details of a big day, but nobody heard from them. He said someone drove up to the trailhead and found their car with Allison’s dog still in it. The man said this was very alarming since it was a day trip and the pair had not brought over-night gear. 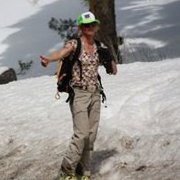 Friends of the couple organized to help Inyo Search and Rescue. They found a huge avalanche and saw a ski and part of a body protruding from the snow. Friends said it appeared the pair was climbing when the avalanche hit. Each of them was partially buried. Friends dug out their bodies and waited for search and rescue, they said.

We work to provide daily news to all of the Eastern Sierra, in the tradition of Eastern Sierra News Service and the Sierra Wave. We bring you daily happenings, local politics, crime, government dealings and fun stuff. Please contact us.
View all posts by News Staff →
Mammoth’s court judgment: incentives to negotiate
Bureaucrat Beat: Out of gas, supersize and movie stars