On the morning of Saturday, November 29th, 2014, at approximately 7:30 am, Mono County Sheriff’s Deputies conducted a traffic stop on a vehicle traveling southbound on Hwy 395 near SR 108 and Fale Hot Springs. 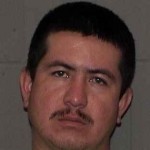 Bertin Cortez-Guzman, age 27, of Reedly, CA, and Jose Becerra-Cortez, age 18, also of Reedly, CA, were stopped by deputies on southbound Hwy 395 near SR 108 and Fale Hot Springs for speeding. When the driver, Mr. Cortez-Guzman, was asked for his driver’s license, he provided deputies with his Mexican Consulate Card as he did not have a California driver’s license. Both Mr. Cortez-Guzman and Mr. Becerra-Cortez were asked to exit the vehicle.

Upon a vehicle search, a medium sized black and blue nylon case was located in the center console of the vehicle. Deputies became suspicious and called for the narcotics detection K-9. 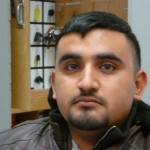 After further investigation, it was determined that Mr. Cortez-Guzman and Mr. Becerra-Cortez were traveling from Reedly, CA, to Mammoth Lakes, CA, to meet a buyer and sell the pre-packaged methamphetamine.

All charges for Mr. Becerra-Cortez and Mr. Cortez-Guzman are pending with the Mono County District Attorney’s Office.

It’s funny how things and opinions in this country seem to go in cycles. Looks like people are getting tired of the police state our country just went threw!

It’s funny, when I read this article I tend think of how tired I am of unlicensed drivers speeding down the roads with bags full of meth – and I think of thankful I am that we professional law enforcement officers to stop them.

Just legalize pot so all these drug arguments go away. The biggest mistake our gov’t made was classafing pot as a class one narcotic. It’s a joke and has been one since at least the 60″s.

A lot of what our Government does is a joke. Like giving non-profit tax status to the NFL.

how much did the individual bags weigh ? that seems like a long way to drive for such a small amount.

Dear AP, taking,(doing) drugs to get high, and taking them because you’re sick and were prescribed to you by a doctor…are two very different worlds, and I can’t believe that anyone would try to lump them together as you have. Booze, was made illegal for a very short time (1920… Read more »

Allow me to further explain myself…. So what about when the substance is in the same form but used in both of the ways you mentioned? Like ALL prescription drugs for instance, in some perspective’s they are only used when prescribed by a licensed physician or pharmacy, and some will… Read more »

For the record, the illegal aliens suspects are from “Reedley”, not “Reedly.”

I hate illegal drugs, probably more than most, but why were they searching this vehicle BEFORE the drug dog arrived ? You can’t search a car just because the driver’s not licensed.

Actually a cop can search the car of an unlicensed driver. Usually happens when the car is towed or as the car is being prepared to be towed. Or incident to an arrest.

So I assume Rick you don’t drink alcohol (once deemed Illegal by legislators), or take prescription drugs who’s make up is a illegal drug, or to me you sound like a total hypocrite to say you hate illegal drugs and potentially consume pretty much the same thing… maybe it’s the… Read more »

If you people want to hear it or not, meth is easier to find then anything else on the streets, for one; you can tell a mile away if someone is a user (collaboration), and two; for some reason it seems like there is a never-ending supply (availability).. but yes… Read more »

SierraFan
Reply to  The Aggressive Progressive

There’s a delusional thought for the day!

The Aggressive Progressive
Reply to  SierraFan

SierraFan, I do my best not to just plain out call people names or put them down, ESPECIALLY if that is all I am bringing to the table… Here’s a delusional thought for the day; Capitalism defends itself as being a scarcity focused system, it says, oh but there is… Read more »

JulieT
Reply to  The Aggressive Progressive

Why anyone would want to try meth is hard to understand?

Oh the irony of illegals bringing meth to TOML…