On January 12th at approximately 10:14 Inyo County Sheriff’s Dispatch received a 911 call from a man in Olancha who reported that he had shots fired at him. 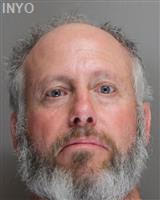 Inyo County Sheriff’s Deputies and California Highway Patrol responded to the location and determined that  54 yr old Olancha resident, Steven Paul Smith, had fired a handgun at the victim during an argument. The victim sustained minor injuries unrelated to the shots fired and was treated by ambulance on-scene.

Inyo County Sheriff’s Investigators obtained a search warrant for Smith’s residence and with the assistance of the Inyo-Mono SED (Special Enforcement Detail) the warrant was served at Smith’s residence in Olancha. Smith was located at the residence and detained. Numerous firearms, ammunition and destructive device/materials were located during the search. 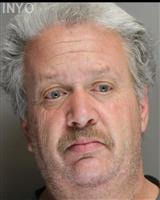 Anyone with information on this case is asked to contact the Inyo County Sheriff’s Department (760) 878-0383.

Wow, what the heck is going on in Olancha?

It’s definitely all that pot smoking going on!

If they would have smoked pot this wouldn’t happen!