Local author Jennifer Crittenden will be giving a presentation titled, “Two Missing Climbers, Eighty Years Apart” on Saturday, August 10, 2019 from 1 to 3 o’clock at the Eastern California Museum in Independence, located at 155 N. Grant Street. This event is free and open to everyone. 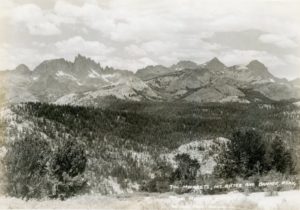 Peter Starr, a charming and devoted climber, disappeared in the Minarets in 1933, triggering a massive search led by the mountaineering giant, Norman Clyde.

In 2013,  Matt Greene, a school teacher from Pennsylvania, disappeared from his campsite in Mammoth Lakes, leaving behind tantalizing clues that he too was headed toward the Minarets. Although no official search was raised for Matt, devoted searchers, including Matt’s father himself, undertook several arduous and dangerous search efforts.

Both men were similar in temperament, age, education and attitude. The disappearances prompted groundswells of effort. Although more search technology was available in 2013, such as GPS, mobile phones and high definition video, the search for Matt Greene was hampered, if not impeded, by the fact that his car was undergoing repairs and he had left the campground on foot.

The dedication and drive of the searchers in both instances will be described, and the obsession for the climbers’ families to find closure.