By News Staff on June 6, 2017 in Government Agencies/Utilities

On June 6th, Jeffrey Barnes was arrested after a brief pursuit on an off road motorcycle starting north of Fish Springs and ending south of Aberdeen.

A Sheriff’s Investigator was driving northbound shortly after 1:00pm when he noticed the motorcycle near Fish Springs; the driver resembled Barnes and the Investigator attempted a vehicle stop.

Barnes failed to yield and a pursuit was initiated. Barnes fled southbound on Fish Springs Road and the pursuing officer lost sight of him near Tinnemaha Campground.

Officers from CHP and Fish and Wildlife assisted; however, a Department of Water and Power employee was first to notice Barnes and flagged down a deputy. Barnes was taken into custody without injury and booked at the Inyo County Jail.

Barnes was wanted in connection with a March 2017 home invasion/robbery in Lone Pine, and had an outstanding felony warrant for robbery, burglary, and conspiracy to commit a crime.

On June 2nd, Oscar Alvarado and Emilio Orozco were taken into custody following a thorough investigation into the Lone Pine home invasion in March. The public’s assistance is still requested in locating Mario Torres. The public is reminded that Torres should be considered ARMED and DANGEROUS.

Anyone with any information that can assist in locating Torres is asked to contact the Inyo County Sheriff’s Office at 760-878-0383. You can remain anonymous.

In March of 2017, the Inyo Sheriff’s Office received a report of a home invasion/robbery in Lone Pine. 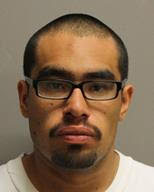 The victim was assaulted and his residence was burglarized. Sheriff’s Deputies and Investigators conducted a thorough investigation and learned Oscar Alvarado, Emilio Orozco, Jeffery Barnes and Mario Torres were involved. Oscar Alvarado and Emilio Orozco were arrested Friday June 2nd without incident; Barnes and Torres are still outstanding.

The Inyo County Sheriff’s Office is asking for the public’s assistance in locating Jeffrey Barnes and Mario Torres – both are considered ARMED and DANGEROUS. 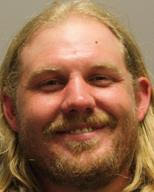 Anyone with any information that can assist in this investigation is asked to contact the Inyo County Sheriff’s Office at 760-878-0383.

You can remain anonymous. 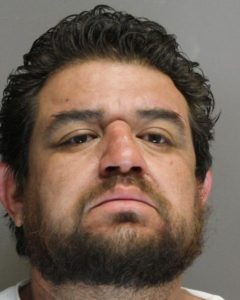 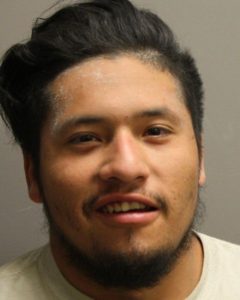 We work to provide daily news to all of the Eastern Sierra, in the tradition of Eastern Sierra News Service and the Sierra Wave. We bring you daily happenings, local politics, crime, government dealings and fun stuff. Please contact us.
View all posts by News Staff →
Richard Knecht: 1931-2017
Bakersfield man arrested after high-speed pursuit
4 Comments
Newest
Oldest Most Voted
Inline Feedbacks
View all comments

I will tell any Home Invaders or gangStalkers to Say Hello to My Little Friend, hahaha lol

Watching the ship sink:….this is only the beginning of this story….watch and see ….

These types of crimes , deserve harsh prison times. I can’t stand our prison system, for several reasons, but when a person thinks it’s OK invade someone else’s property, they need to caged up.
Hopefully they get a little rehab while caged up.

Barnes has been involved in a lot of shady dealings and he is rotten! He will find himself upstate with the big dogs @ the big house , lets see HOW tough he is Then!!