On June 4, 2019 at approximately 5:00 P.M., the Bishop Police Department received a tip that a wanted male subject was seen on foot in the area of E. Yaney and Main Street. BPD Officer Henry arrived a short time later and observed the male get into the passenger side of a gold Nissan Altima. Officer Henry initiated a traffic stop on the vehicle, and as he attempted contact with the female driver, the driver accelerated the vehicle and drove off.

Officer Henry activated the overhead lights and sirens of his patrol vehicle and the driver failed to yield. The suspect vehicle continued traveling northbound on Main Street and through several residential county streets, all while traveling at high rates of speeds, running several stop signs and a red light, nearly causing one traffic collision. The suspect vehicle almost collided with a patrol vehicle before it finally stopped in the 200 block of N. Barlow Lane. 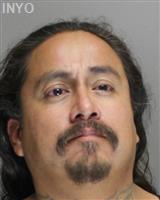 LADALE FRANK HERNANDEZ, age 41 of Bishop was charged with resisting 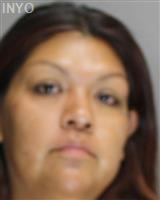 arrest and a weapons possession and booked at the Inyo County Jail for his felony warrant.

TIARA MARIE KINNEY, age 29 of Bishop, was transported to the Inyo County Jail and charged with felony evading, resisting arrest, possession of a controlled substance, and driving on a suspended license. Kinney also had felony warrants out for her arrest.

…Tinner….Thing about it is,if you check the arrest and inmate photos on the Inyo County Sheriff’s citizen RIM page,it seems to be in and out,in and out,over and over for some….same faces,same type of crimes,parole violations over and over again…almost like it’s their prefered life-style ..not what it’s supposed to… Read more »

“Sheriff, may I present a pair of fellow sophisticants.”