By News Staff on January 6, 2016 in Law Enforcement, Public Event

Last night at 9:00pm Inyo County Sheriff’s Dispatch received notification of a domestic disturbance that took place approximately an hour earlier at the intersection of Winuba and Diaz (west of Bishop). 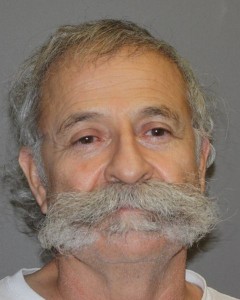 According to an interview with the victim, she was assaulted at the intersection by Raymond Vidal Gutierrez a 59 year old man from Bishop. Gutierrez was released from custody from the Inyo County Sheriff’s Office on January 5th; he was being held on an Inyo County warrant from 2004 for a felony weapons charge and probation violation.

Prior to his transfer to the Inyo County Jail, Gutierrez spent 11-years with the California Department of Corrections for felony domestic abuse and false imprisonment charges. Gutierrez was not located at the scene.

At approximately 3:00am Gutierrez was located by Bishop Police at Denney’s restaurant in Bishop and placed under arrest. He was transported to the Inyo County Jail and booked under the following charges: felony violation of parole (no bail), and felony domestic abuse.

At about 2:00am this morning Inyo County Sheriff’s Dispatch received a 911 call regarding a burglary in progress west of Bishop near Manor Market. According to the reporting party, a man (later identified as 33 year old Brandon Decker from Bishop), broke into the residence through an unlocked backdoor and stole several items. 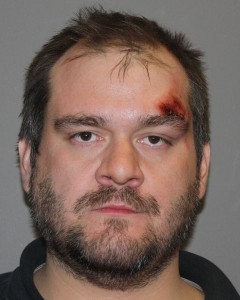 Sheriff’s Deputies arrived shortly after the 911 call and completed a thorough check of the area. Decker was spotted about four houses down from the house that was broken into; he appeared to be breaking into that residence as well (later it was determined that Decker lived there with his father).

Deputies noticed a pistol shaped object in Decker’s hand as he was entering the house and a holster on his right hip. After entering the property Decker locked the front door. Sheriff’s Deputies were able to convince Decker to come out of the house; however Decker resisted arrest and a physical altercation ensued.

The two Sheriff’s Deputies sustained minor injuries in the process, but eventually Decker was taken into custody and transported to the Inyo County Jail. Decker was booked under the following charges: felony burglary, felony obstruction, felony firearm charge, and misdemeanor receiving stolen property. Bail has been set at $100,000.

They sweet lady that this guy beat up, passed away two nights ago.

A pistol shaped object in his hand AND a holster on his belt ? A bump on the head is a lot better than dying from lead poisoning .

I don’t believe the lady who spent two weeks in custody over a finger print scan would agree with you Sean.

Ya that wasn’t so good.

Wonder how long before allegations of police brutality will emerge from Mr. Decker.

Looks like Mr. Decker got a wood shampoo before checking in the the Grey Bar Motel.

Thanks ICSD for taking care of business.