By Charles James on October 26, 2020 in Election, General 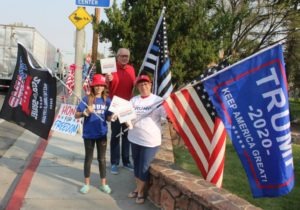 Pro-Trump voters have been gathering in front of the Bishop City Park for the past several weeks on Saturdays for what they call “Rally for Freedom.”

They’ve also held vehicle rallies at 5:30 p.m. recently every Friday in what they call “Rolling for Trump.” 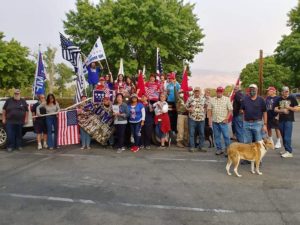 According to event organizer, there were 35 Trump supporters at last Fridays “Rolling for Trump” rally.

Anyone, they say can join them. Those interested are invited to meet at the middle parking lot at the Bishop City Park to line up and put flags on vehicles at 5:15 p.m. this Friday, Oct. 30. Voters are also asked to join them at “The Freedom Rally” on Main Street at 10 a.m., on the Saturday, Oct.  31, before the election,  next week on Tuesday, November 3.