Brandee Trujillo of Los Lunas, New Mexico, was held to answer today on multiple felony charges following a preliminary hearing in Inyo County Superior Court. The charges all arise out of the January 6, 2020 shooting incident at the Shell Wye Mart in Bishop. 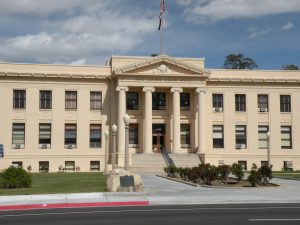 The Court also found reasonable and probable cause to believe that Ms. Trujillo was personally armed with, and discharged, a firearm in the course of the offenses.

If convicted of all charges and enhancements, Ms. Trujillo could be facing as much as 20 years to life in state prison.

The evidence presented at the preliminary hearing was the testimony of investigating officers from the Bishop Police Department. Deputy District Attorney David Christensen represented the People at today’s hearing and has been assigned as the lead prosecutor in the case.

Dee can you please message me, this was my family and we still don’t know what happened.

BobK…..Since you ask,who really cares,one way or the other ?..IMO,not only the GOP washed up,but after these last four years,after having turned America in a joke and no longer respected by any Country worldwide,it’s going to take a lot more than someone sitting and tweeting lies in the whitehouse 24/7… Read more »

Hey Lo Inyo. You going to make predictions in 2020 like you did in 16 now that the GOP is washed up…I think that’s what you said..

…And,as you can see with all the thumbs down on my above comment,a reason as to why this Country has dumbed-down so much lately,and a big reason why it’s lost so much worldwide respect… many,about 40 % or so, believing just about everything they hear from their idol, his news… Read more »

Bishop Local…..Maybe she got it at one of those gun shows where the T.V. show, “Dateline”,with LE over-view, hired an ex-felon to go inside the building and buy an AR-15,two rifles,a pistol and a shotgun…without anytype of background check what-so-ever..in the building and out within an hour…and then the vendors… Read more »

I still don’t understand how a felon had a gun when it’s illegal to have one.

Some reports have her actually firing a weapon in their bungled car-jacking attempt…if that’s the case,they should’ve charged her with murder,which they could have,even though the guy dying was her partner in crime..hoping she gets the maximum sentence and doesn’t end up getting out in 20 years…as least we don’t… Read more »

I still want to know how and why they came here?

It involves certain people who were in jail or prison that perhaps knew these two culprits somehow, the deceased and this defendant. The story, rumors…. (Edited by SW) Supposedly,…**** I can understand if this comment shouldn’t be posted, I do know people that have been involved in giving law enforcement… Read more »

Dee, thank you for your post. I edited the part out over which you expressed concern. That you recognize that there is a potential harm to the investigation (which is ongoing) shows considerable sensitivity and understanding. BPD Chief Ted Stec, urged caution and restraint on allowing speculation so as to… Read more »

We do not require your hall monitoring, particularly as what we know of your judgment based on your posts does not instill confidence.