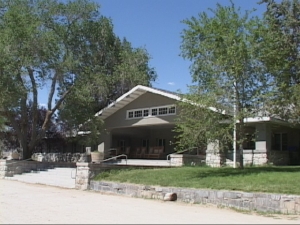 Marked by academic excellence, hard physical work and self-governance, Deep Springs College made headlines last September when officials voted to admit women to the all-male school. A Transition Committee met recently to begin the process toward co-ed status which will not likely happen until 2013.

Dave Hitz, Chair of the Deep Springs Trustees, said essentially that times have changed and that Deep Springs founder L.L. Nunn wanted students who would train to become leaders in society.  In 1917, women could rarely play that role.  Now, they do.

Hitz said, “Most trustees believe that effective training must include women and men working together.”  An extensive process included input on this issue from hundreds of people.  Now a committee of 14 will work on how to include female students in the isolated college one hour due east of Bishop near Fish Lake Valley.

The committee, which met in late January, will discuss changes in the physical plant, policies, educational needs, communication and all gender issues.  Right now, officials say the soonest date to go co-ed would be the summer of 2013.  They will announce when the College expects to solicit applications from women no later than this June.

Members of the select student body at Deep Springs frequently complete the two-year program and head to Harvard, the University of Chicago, Yale or Brown University.

In other Deep Springs news, the first female ranch manager was hired at Deep Springs.  Janice Hunter will replace the retiring Ken Mitchell.  Ken’s wife Karen has worked as Garden Manager at the College.  The Mitchell’s moved to Deep Springs in April of 2000.

Congratulations to Deep Springs College! Janice is an excellent educator. The students will reap the benefits of this great choice for ranch manager.