On the evening of Tuesday, July 16, 2013, at approximately 9:10pm, Mono County Sheriff’s Deputies conducted a traffic stop northbound on Hwy 395 in Bridgeport. 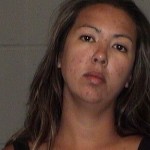 Amy Villastringham, age 29, of South Lake Tahoe, CA, and Dustin White, age 32, of Minden, NV, were stopped by deputies on northbound Hwy 395 in Bridgeport for an equipment violation.

As the vehicle was run for current license and registration information, Mono County Sheriff’s Dispatch advised deputies that Ms. Villastringham was driving on a suspended license.

Mr. White returned with several possible felony warrants, one of which was for narcotics transportation. Both Ms. Villastringham and Mr. White were asked to exit the vehicle and if there was anything illegal in the vehicle. Ms. Villastringham stated she had marijuana in the car but that she possessed a medical marijuana card for it. Mr. White stated he had several drugs in a black back pack in the car. 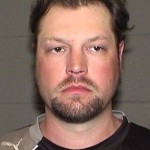 During a search of the vehicle the following narcotics were seized: 346 ecstasy pills; 8 grams of cocaine; 508 grams of marijuana; 221 grams of hash wax; and other narcotics paraphernalia.

As a result of the traffic stop, seized vehicle, and seized narcotics, on the morning of Friday, July 19, 2013, a search warrant was issued in South Lake Tahoe, CA. 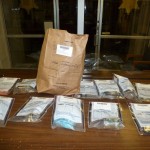 I think so too Trouble.

Isn’t great that the Sheriff dept. is helping Highway Patrol with equipment violations?

Isn’t it AMAZING how many wanted crooks (felony warrants) are taken down in the Eastern Sierra thanks to the California Vehicle Code…AND the great observation skills of the local deputies. Way to go, Joe.

seems to be alotta drugs on 395

This is getting hilarious and on a regular basis. MONET needs to do nothing more then get out there and pull people over for speeding and equipment violations and they’ll be taking more drugs off the streets then ever before. I suppose I could say Good Job Mono County LEO’s..… Read more »

WOW!!!!!!!!!!….good bust,Mono County Sheriffs…….ANOTHER young woman with an apparent “medical condition” to warrant a medical marijuana card…problem for them,the State of California doesn’t issue medical Cocaine or Medical ecstasy cards too…not yet anyway.. . Is LE up in that area gangbusters or what !!!…I’m planning a trip to Bridgeport next… Read more »

I’ve heard a lot of complaints over the years about the various law enforcement agencies in the eastern Sierra making traffic stops for equipment violations. I am not a complainer, if I were stopped for same I would appreciate knowing of something that occurred between my oil changes, where I… Read more »

You’re absolutely right,John. Equipment violations are just probable cause for the stop. More doper’s are caught for not wearing their seatbelt and having tinted windows than anything else (a good thing) Remember the rapper they caught on New Years eve ? Any veteran CHiP’y can find an equipment violation on… Read more »

Big Rick …. “yay .. thought I drive through the valley of the shadow of death .. I will fear no evil for Thou oh CHP art with me”. hehe