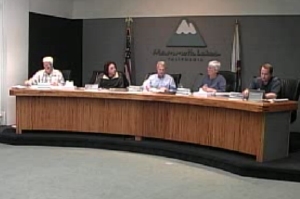 After interviews of four consulting firms that would help recruit a new permanent Town Manager, the Mammoth Town Council remained mostly convinced of their original views on the subject. In the end, they decided to put off any decision until January 15th.

Councilman Matthew Lehman said he remained unconvinced that he personally wants to go in the direction of a consultant. He said he realized consultants would help, but he opposed going through a process now. Lehman said, “I’m in favor of waiting. Let the Interim Town Manager go through the process of doing the things he has laid out.” Councilman John Eastman agreed. He said, “I’m not ready to pull the trigger to start this process.” Eastman supported delaying a decision to hire a consultant.

CouncilmanMichael Raimondo said he was of the same mind as the last meeting. Raimondo said, “What’s the rush? Dan Holler is doing a great job. We have time. I’m not interested in spending the money to do this right now.”

Mayor Rick Wood said he went into the subject with the idea that the Council could handle selection themselves. Now, he said he is “thoroughly convinced we shouldn’t do this ourselves.” Wood recognized that three members of the Council want a delay. He said he would honor that but felt the Council should not wait very long since a Town Council election lies ahead. They all agreed to delay the matter until the meeting of January 15th.