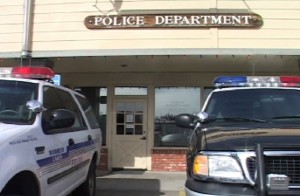 That release says that the Hearing Officer “reduced the penalty and determined Hugelman should be reinstated.” The penalty referred to is apparently termination.

The Town release says that the Hearing Officer’s opinion is binding unless appealed and that the Town will evaluate its options including whether to appeal the decision. The release further says that the Town Council will be briefed during closed session on January 5th to discuss the options that are available to the Town. The release says, “Since this is a personnel matter and could involve litigation, no further public information can be provided.”

We have placed calls to Hugelman’s attorney and await a reply. Meanwhile, issues that remain on the public mind – will the Town appeal? Will Hugelman receive a sizeable back payment? Will Hugelman return to Town employ or, as some sources suggest, take a medical retirement?

We work to provide daily news to all of the Eastern Sierra, in the tradition of Eastern Sierra News Service and the Sierra Wave. We bring you daily happenings, local politics, crime, government dealings and fun stuff. Please contact us.
View all posts by News Staff →
Mono’s special election explained
Court records reveal earlier problems with murder suspect